Russian poachers were detained in the Mangistau Region. As the Border Service of the Committee for National Security of the Republic of Kazakhstan reports, poachers’ motor vessel was discovered by the crew of the border guard ship “Semser” in the Caspian territorial waters. The poachers did not react at the request to stop, so the border guards had to make a few warning shots in air and on motors. During the inspection, 2 Caspian seals, 100 sturgeons, 167 fishes of chastikov species (the name for species, which are fished with fine-meshed network), a beluga of 100 kg, and fishing gear were found in the poaching motor boat. Law enforcement agencies were informed on this detention – the press service of the Committee reports. 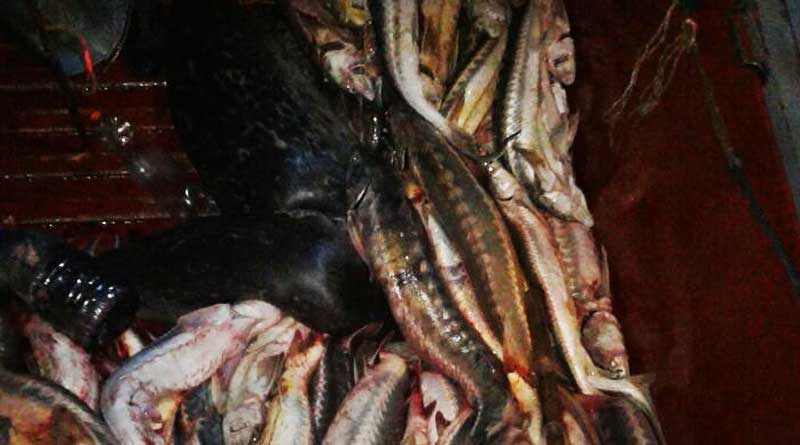 According to the poachers’ explanation, on November 3, they left the pier of the Krajnovsky Fishery Factory (Dagestan) on four motor boats and arrived at Ukatny Island in about 4-5 hours, where they were joined by three poachers from Astrakhan. In the evening, they set out to the 200th district.