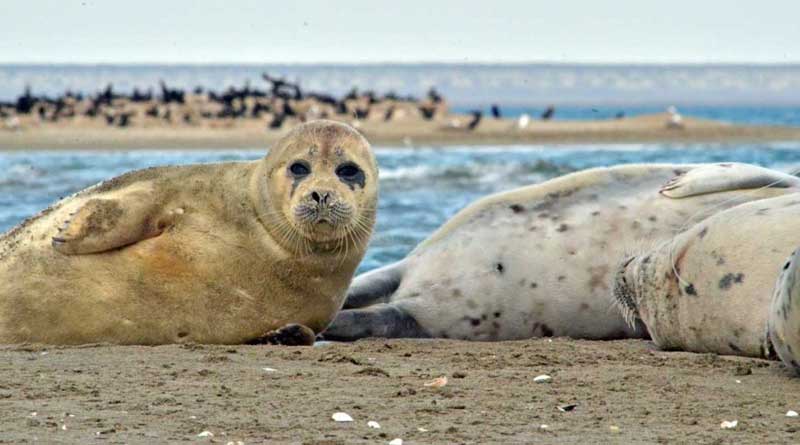 The note
From time immemorial, the Caspian seal was a target of hunting. It was killed for the sake of fat and fur, and people even treated something with its bile. Time passed, hunting gear was improved, markets grew, hunting became commercial, survey and statistics appeared. In a word, in the 19th century, 160 thousand animals were already killed per year. In 1879, an absolute record was set – 225.1 thousand (Pankov A.G., 2009 / the link). The 20th century came, and the commercial hunting was going on – over 1.5 million animals were killed from 1931 to 1940 (approximately 37.5 thousand female seals and 102 thousand pups per year). By 1967, the number of the only Caspian marine mammal was reduced to 470 thousand (Sokolskiy A.F. et al., 2013). From 1967 only pups, newborn and moulted, were killed – true, without limitation. In 1970, a limit was set – no more than 70 thousand pups a year. From 1977 the limit was reduced to 45 thousand, and from 1984 – to 40. In total, about 638 thousand Caspian seal pups were caught from 1970 to 1989 (Nozdrina L.Y. et al., 2010 / the link). In 1991, they decided to finish seals off finally (all around suddenly became a “resource” then), up to 58 % of the offspring was taken from the Caspian seal population, which is completely unacceptable from a biological point of view (Sokolskiy A.F. et al., 2013), and, from a human point of view, it is simply called ‘extermination’. Today around 110-270 thousand endemic animals remain from the once huge population. But this is, most likely, no longer true – the last survey of the Caspian seal in the Russian sector of the North Caspian was carried out five years ago…