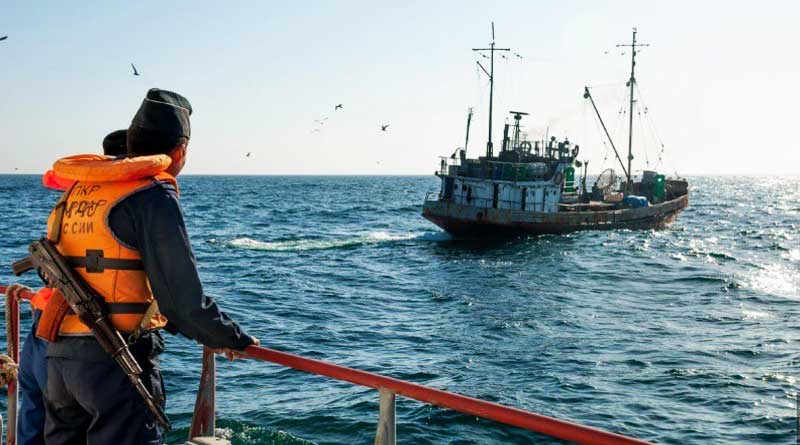 The joint operative preventive majeure (JOPM “Bekire-2017”) is being taken in Kazakhstan. These fish protection action was launched in early April. The main border service forces were concentrated on the sea coast and the Caspian waters, as well as in the pre-estuary areas of the Zhayik and Kigash Rivers – in places where poaching is often recorded. Annually border guards of the Republic of Kazakhstan take an active part in JOPM. Every day sea border guards stop poaching, maintain a favorable regime of navigation, and protect marine biological resources of the Caspian Sea.