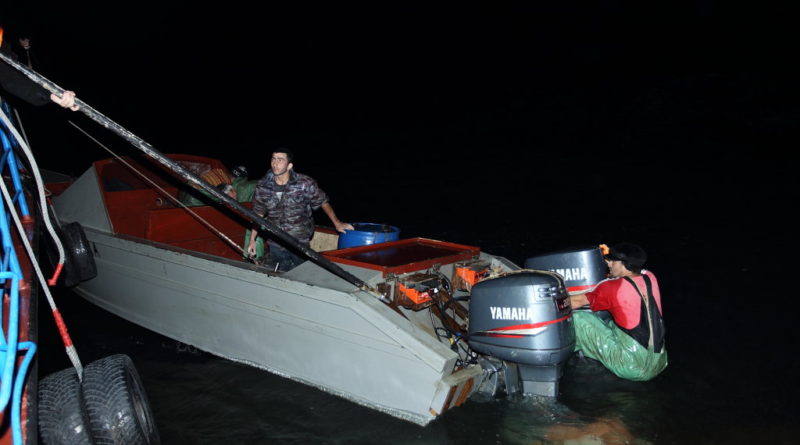 With this headline in, AIF-Dagestan Newspaper have published an article about three poachers detained  by officers of the Frontier Directorate of the Federal Security Service of Russia in Dagestan, near the mouth of the Alikazgan River. In their boat without a registration numbers, more than 200 sturgeons were found (total weight – 780 kg), 1 kg of black caviar, and 11 seal furs.