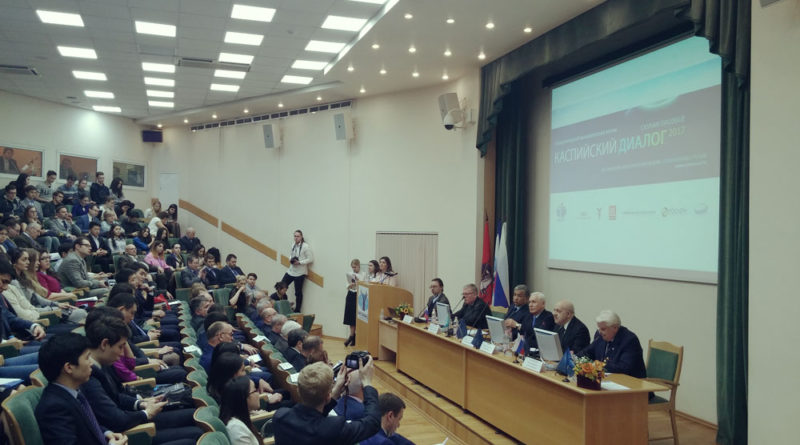 Yesterday, on April 14, 2017, the International Economic Forum “Caspian Dialogue, 2017” organized by the Council “Science and Innovations of the Caspian Sea”, ICC “Roscon”, Russian-Turkmen Business Council, and NP “Interforum” was held at the Moscow State Institute of International Relations of Russian MFA (Moscow). Experts and heads of the ministries of energy, natural resources, culture and tourism, as well as representatives of diplomatic missions, representatives of science and business from Russia, Azerbaijan, Hungary, Iran, Kazakhstan, Tajikistan, Turkmenistan and other countries participated in it.

In addition to considering issues on international cooperation, research and development, transport and infrastructure, it was discussed – and this is very important, finally it has been talked about! – the responsibility of governments, science and business for the ecological state of the Caspian Sea and the Caspian Region. It is a pity that both are still referred to as “resources” – for a long time, you have wanted another term, since “resources” are rather developed than preserved, but nevertheless. The trend is positive. Previously, this responsibility was”‘by default” delegated to descendants according to the old principle “after us, the deluge”. So, let us believe in good.

Background I Caspian Dialogue has been held since 2008 (until 2011 – Caspian Energy Forum) with the support and participation of the Ministry of Foreign Affairs, the Ministry of Natural Resources and Ecology, the Ministry of Economic Development, the Chamber of Commerce and Industry, and the Russian Academy of Sciences.