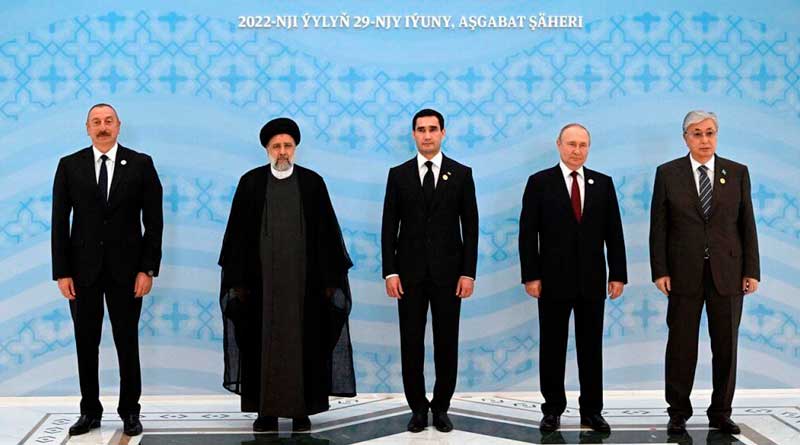 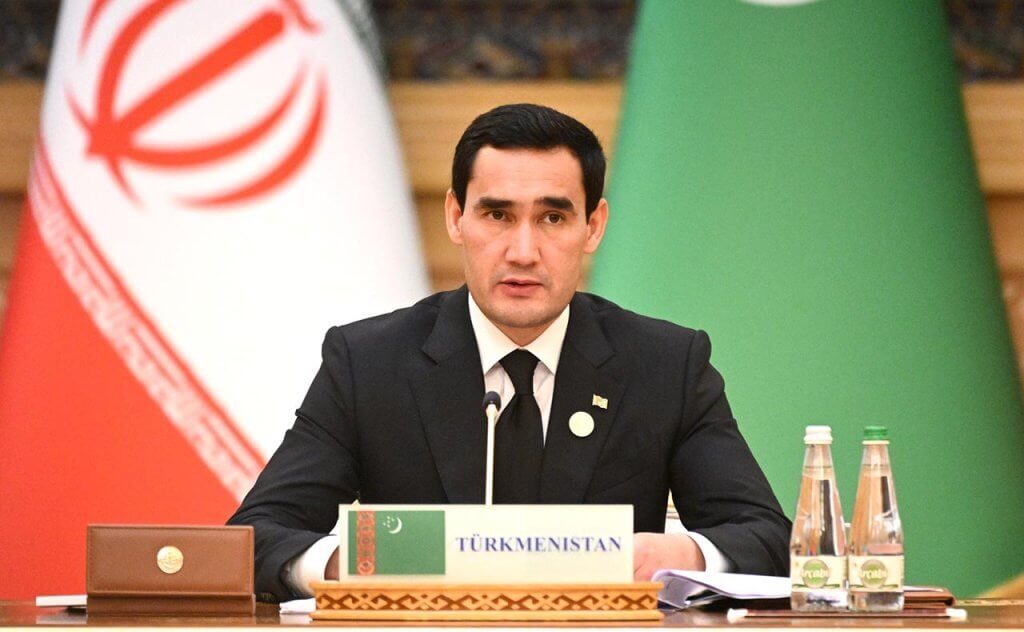 Regarding environmental issues, President of Turkmenistan Serdar Berdimuhamedov noted that his country had already come up with the idea of creating a New Caspian Environmental Program and called on the summit participants to support this work. Speaking about the security of the Caspian Sea, the head of Turkmenistan called for joint action against organized crime, poaching, etc. 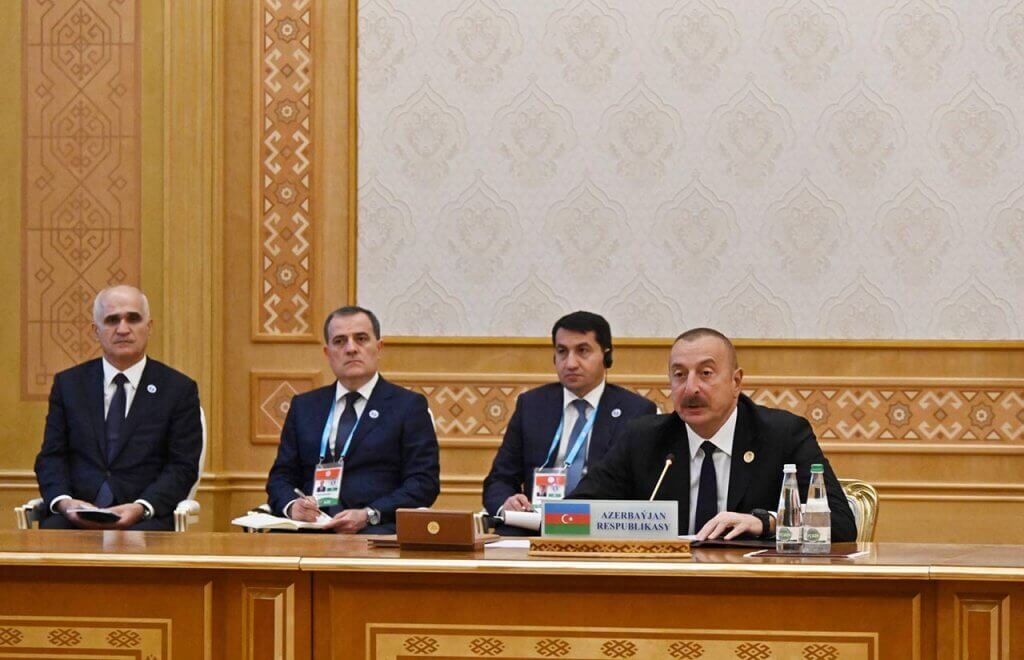 President of Azerbaijan Ilham Aliyev also spoke in favor of solving environmental problems and developing logistics routes in the Caspian and in the region, noting that, according to the Convention on the Legal Status of the Caspian Sea adopted in 2018, it would be possible to lay pipelines along the bottom of the Caspian Sea only after the project approving by all five countries. Moreover, еhe Caspian countries would have to ensure its environmental safety. 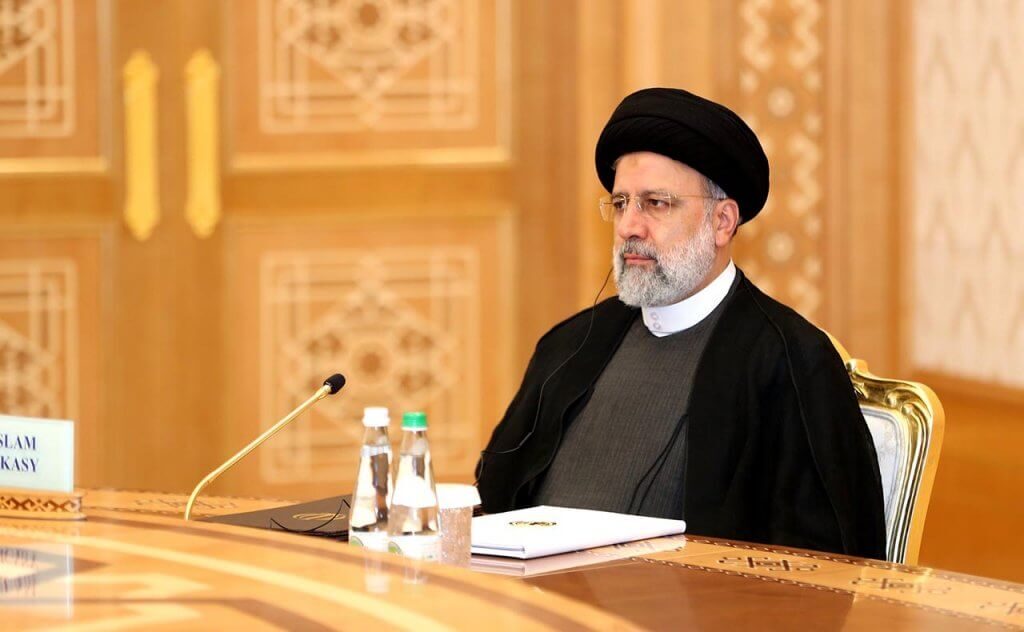 President of the Islamic Republic of Iran Ebrahim Raisi noted the need to protect the fragile environment and rationally use the mineral resources of the Caspian Sea. The Parties would have to respect each other’s sovereignties and rights in the sea waters and take decisions on the Caspian Sea in a coordinated manner. Ebrahim Raisi also touched upon the topic of the Convention on the Legal Status of the Caspian Sea, which Iran had not yet ratified. “The document needs to be finalized and clearly define the rules for delimiting the bottom and water area of the Caspian,” the president of Iran said.

Note:
The problem of dividing the Caspian bottom lies in its status. If we consider a body of water as a sea, then the median line method should be used. However, in this case, Iran will receive a much smaller share than if the Caspian were recognized as a lake. The bottom of the lakes is divided into sectors that start from the center of the reservoir and continue to the borders of the state. Thus, Iran would have received one of the largest parts with large hydrocarbon deposits. 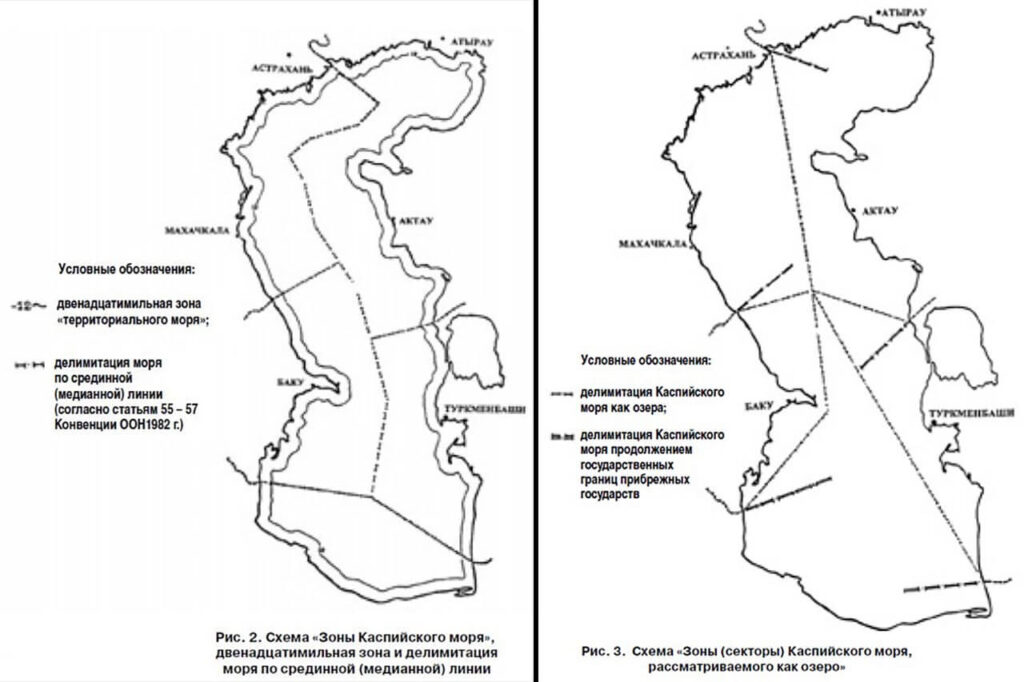 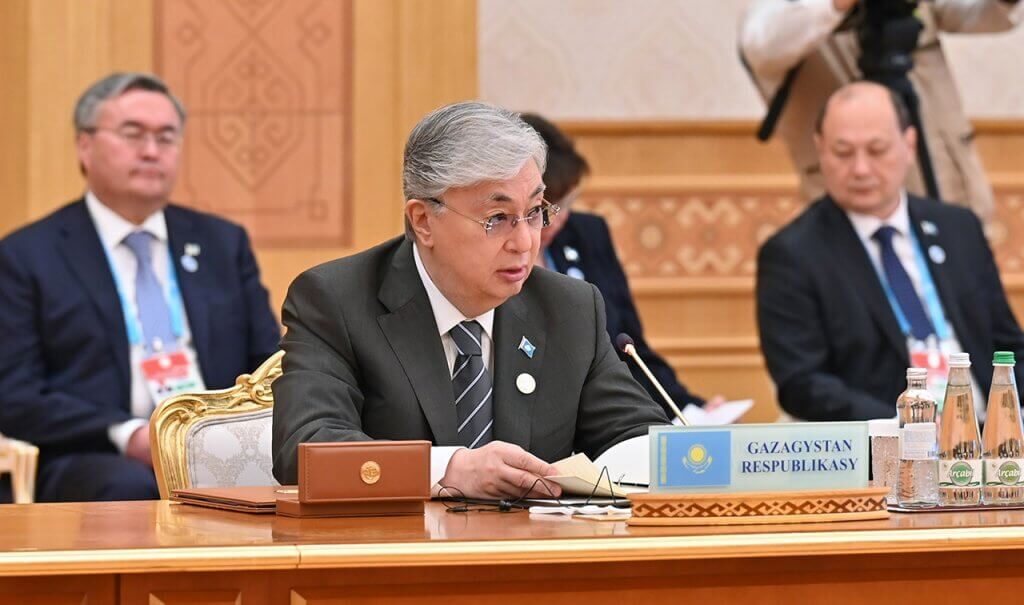 Touching upon environmental challenges, Kassym-Jomart Tokayev called the preservation of the Caspian ecosystem as one of the key areas of cooperation. “Active exploitation of the subsoil and transportation of resources carry great risks for the ecology of the region. In addition, the challenges of global warming and related climate change pose a threat to water resources,” the head of Kazakhstan noted, adding that the government, together with the Russian Federation, “is making great efforts to prevent an environmental disaster on the common water artery for the countries of the region.” As an example of environmental problems, the president cited the bad status of Caspian seals. “The facts of their periodic death cause serious concern. The Caspian seal is an endemic species, the only representative of marine mammals in the fauna of the Caspian Sea. It migrates throughout the body of water and is considered a transboundary species. Last year Kazakhstan and Russia signed a five-year plan of joint actions for the conservation of the Caspian seal population. In addition, since 1974, a protected zone of our country and Russia has existed in the northern part of the Caspian Sea. However, the measures taken are not enough to preserve the red listed animal, so now we are considering the issue of reformatting the protected zone into a specially protected nature area,” said Kassym-Jomart Tokayev, calling on the Caspian countries to support the initiative of Kazakhstan, and Russia – to join it. 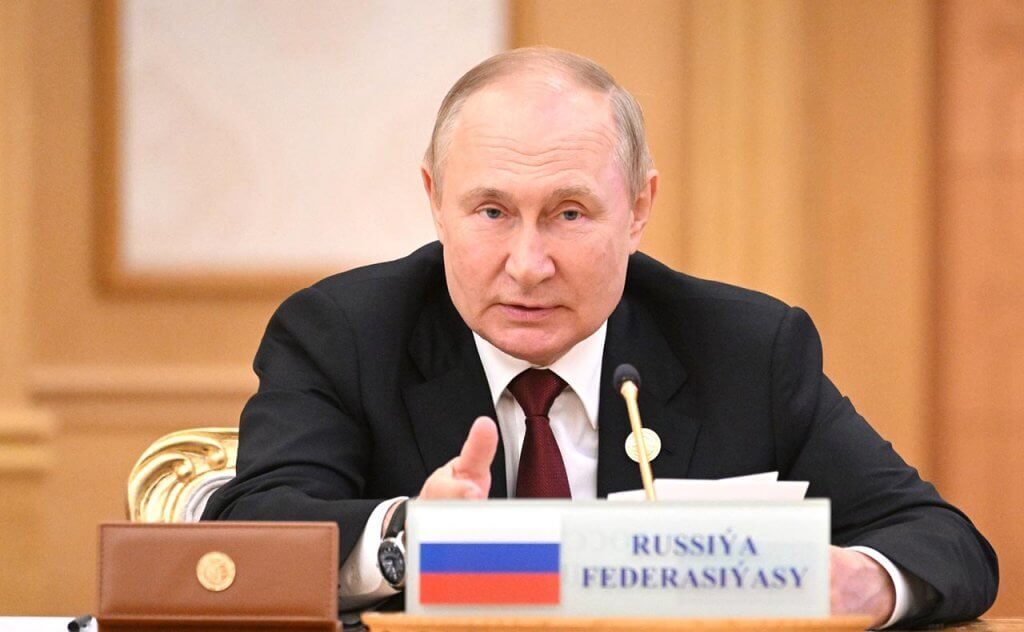 President of the Russian Federation Vladimir Putin noted that strengthening cooperation between the five Caspian countries on the subject of environmental safety, the preservation of the Caspian Sea and its biological resources is the most important area of joint activity. “The President of Kazakhstan has just spoken about this. The President of Azerbaijan spoke both now and in a narrow format. I fully share these concerns. It would be advisable to build up joint capabilities for prompt response to natural man-made events and phenomena that can negatively affect the life and well-being of people in the region.” Vladimir Putin noted Russia’s desire to make a significant contribution to solving problems related to the conservation of biodiversity in the Caspian. Up to forty million sturgeon juveniles are released into the sea every year, thanks to which over 80 percent of the Russian sturgeon comes from Russian hatcheries today.

“In addition, projects are being successfully implemented to protect marine mammals and birds, to clean sea water from plastic, and many others. We believe that in order to more effectively save the fragile marine ecosystem, it is necessary to complete the process of forming an appropriate legal framework, which is based on the Framework Convention for the Protection of the Marine Environment of the Caspian Sea, the so-called Tehran Convention of 2003. In this regard, we propose to think about convening the Conference of the Parties to this convention in the near future,” Vladimir Putin addressed the heads of the Caspian states.

Following the summit, the Parties signed a joint communique, which sets out the positions of the five Caspian states. In particular on the issues of joint use of aquatic biological resources, environmental and other researches, the communiqué noted the necessity of:
– Application of agreed norms and rules for the reproduction and regulation of the use of shared aquatic biological resources;
– Responsibility of the coastal state, allowing pollution, for the damage caused to the ecological system of the Caspian Sea;
– Protection of the natural environment of the Caspian Sea, conservation, restoration and rational use of its biological resources;
– Promotion of scientific research in the field of ecology, conservation and use of the biological resources of the Caspian Sea;
– Conducting marine scientific research outside the territorial waters of each coastal state in accordance with the legal norms agreed by the coastal states, while respecting the sovereign and exclusive rights of the coastal states, as well as the rules established by them in this regard with respect to certain types of research.
The full text of the document is available on President of the Russian Federation website.

The seventh Caspian summit will take place at the agreed time in the Islamic Republic of Iran.