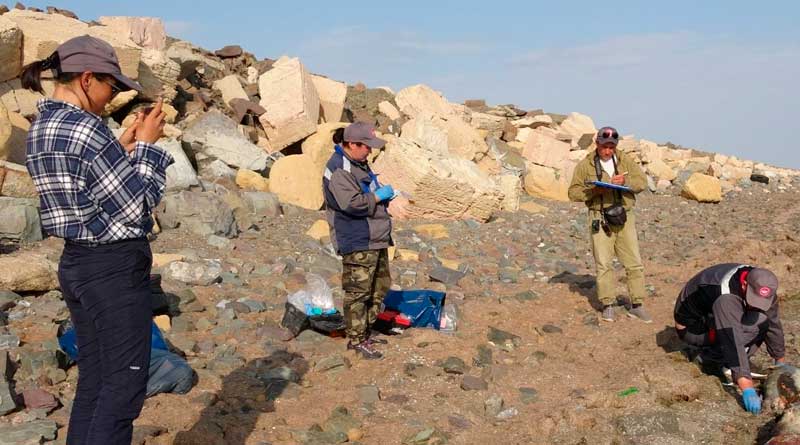 At the beginning of June 2022, the Institute of Hydrobiology and Ecology submitted a conclusion on the reasons for stranding of dead Caspian seals to the Fisheries Committee of the Ministry of Ecology, Geology and Natural Resources of the Republic of Kazakhstan (MEGNR RK). The animals were found on the Kazakhstani coast of the Northern Caspian, near the Karazhanbas Oil Field, in April this year. Below are excerpts from the conclusion of M.T. Baimukanov, Director of the Institute of Hydrobiology and Ecology.

On April 26, 2022, information on dead Caspian seals stranded on the Caspian Sea coast, near the Karazhanbas Oil Field (Buzachi Peninsula) was received from the Fisheries Committee of MEGPR RK. On April 27, an expedition of specialists from the Institute of Hydrobiology and Ecology (Irgeli, Kazakhstan) was urgently organized to estimate the number of dead seals and take biological samples.

On April 28 and 29, the expedition members, together with inspectors from the Zhaiyk-Caspian Interregional Inspection and representatives of the Tubkaragan Region Akimat, surveyed the coast near the Karazhanbas Oil Field. In total, 94 dead seals were found in this area, 67 of which were examined by specialists from the Institute of Hydrobiology and Ecology before disposal. In 19 animals, fangs were taken for age analysis, morphometric studies were carried out, and sex was determined. All examined seals were in the fourth degree of decomposition (out of 5 possible), which did not allow for which did not allow for post-mortem analysis and tissue sampling for toxicological, histological, bacteriological and virological analyses. 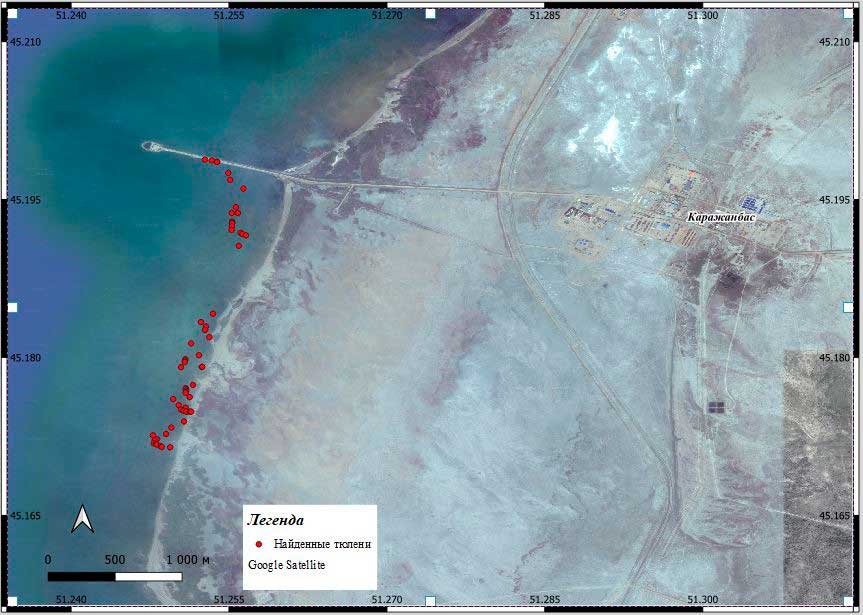 Fig. 1. Locations of stranded dead Caspian seals on the Kazakhstani coast of the Northern Caspian, near the Karazhanbas Oil Field, April, 2022.

Based on the collected data, the following main conclusions were drawn. Wind conditions in the period from April 20 to April 24, 2022 led to the fact that the carcasses of seals were stranded on the coast near the Karazhambas Oil Field from the waters of the Northern Caspian. Judging by their strong decomposition, the animals were died several months ago. 25% (out of 67 examined individuals) had injuries, which led or could lead to their death. The causes of injuries could be: by-catch of seals in fishing gear or falling under the propellers of a ship in winter. 52.6% of the dead seals were puppies born in the winter period of 2021-2022. The maximum age of dead animals was 13 years.

The high mortality of Caspian seal puppies in winter is explained by their exhaustion, freezing, and the removal of ice with newborn seals to the open sea. The extremely warm winter of 2021-2022 was unfavorable for the breeding of the Caspian seal on ice, so the reasons above may determine the natural mortality of pups.

The increase in the mortality rate of Caspian seal pups is also affected by the destruction of the ice cover during the passage of icebreakers near the breeding haul-outs. In 20 % of dead puppies born in the winter period of 2021-2022, the expedition members found mechanical damages (torn off heads, crushed jaws), which could have occurred as a result of animals falling under the propellers of a sea vessel.