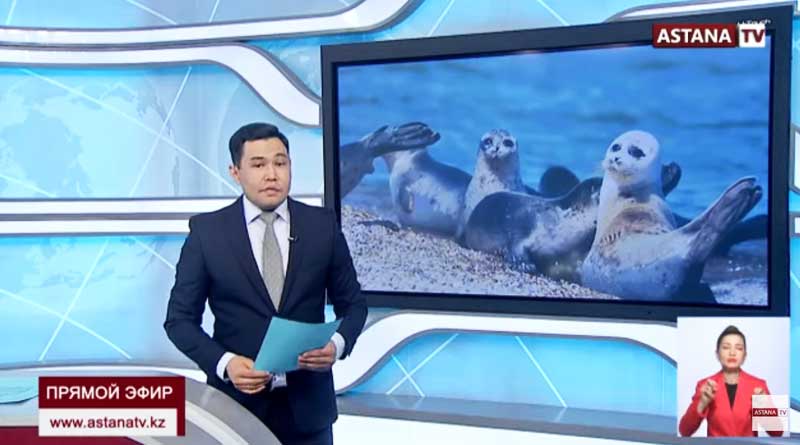 To protect the Caspian seal, a special protected natural zone will be created in Kazakhstan. This was told by Erlan Nuralievich Nysanbaev, Vice Minister of Ecology, Geology and Natural Resources of the Republic of Kazakhstan, during a government hour in the Senate. The Vice Prime Minister noted the population of these unique animals is declining in number every year. There are no more than 100 thousand seals in the entire Caspian Sea, although in the last century their numbers reached to a million. The main threats to the seal are pollution, disruption to Caspian food-web due to overfishing, as well as poaching.

On the screen in Astana TV studio, a photograph by V. Slodkevich and M. Khrisanova was used. The original was given Kaspika Caspian Seals Conservation Agency web-site (Photo). Maly Zhemchuzhny Island, Russia, 2013.