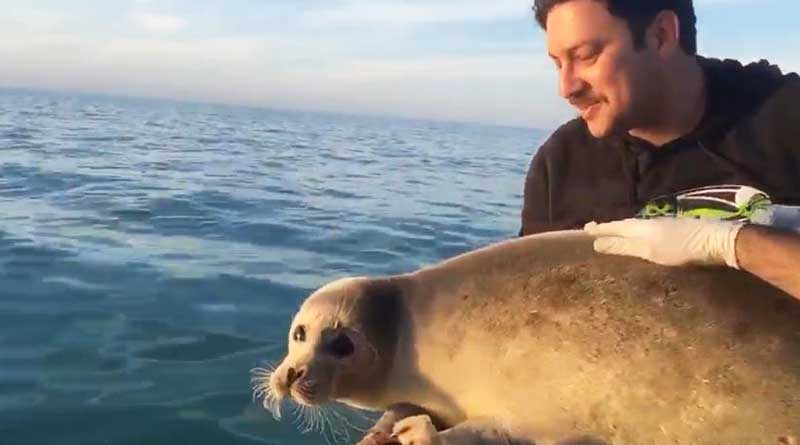 Recently, another Caspian seal was treated and released back to the sea by Iranian Caspian Seal Rehabilitation and Research Centre. Amir Sayad Shirazi, the General Director of this centre, is telling us how it was, ‘Exactly at 7 am, like an alarm clock, the phone was ringing. One of our volunteers, a local fisherman Gharanjik, was telling us about an entangled Caspian seal. Have taken medicines and everything needed for the first aid, the specialists of our centre went to the rescue. We decided to go by car – it was stormy, you cannot quickly get there by boat in such weather. In the meantime, Gharanjik released the seal from fishing net. Shemshad – as he called the poor animal – was very weakened and needed treatment, so we had to take the seal to our rehabilitation centre.

And a few days later, the cured and strengthened seal was released back to the Caspian Sea, in the same place where Shemshad was rescued, near the Turkmen border, but away from fishing nets. The news of this quickly spread around the area, and a few more volunteer fishermen joined our rescue team. Good examples – they are “contagious” also, yes…’