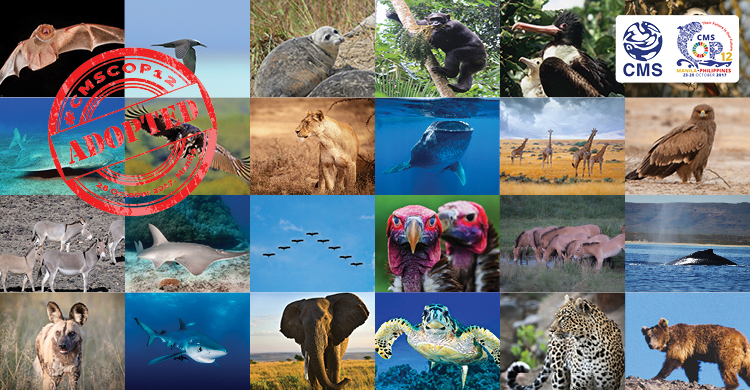 On the 28th of October this year, the 12th Conference of the Parties (CMS COP12) was ended in Manila, the capital of the Philippines, where 34 submissions made by 24 countries about listening rare and endangered species on Appendixes I and II to the Convention on the Conservation of Migratory Species of Wild Animals (the Bonn Convention) were considered. The Caspian seal (Pusa caspica) presented at CMS COP12 by the Department of Environment of the Islamic Republic of Iran Government was listed on both appendixes. That means: the CMS countries will take maximum efforts to preserve and restore its population, protect its habitat, will mitigate obstacles to migration and control any factors that might endanger this species, as well as will ban hunting on it (with the exception of catching for research, reproduction and survival purposes, and etc.).

We would like to thank the Department of Environment of the Islamic Republic of Iran Government (Farshchi Parvin, the Deputy Head for Marine Environment) and Caspian Seal Rehabilitation and Research Centre (Amir Sayad Shirazi, the General Director) for preparing all the necessary materials for this important procedure!

CMS COP12 used an excellent photograph of the Caspian seal taken by Mirgaliy Baimukanov, the Director of the Institute of Hydrobiology and Ecology (Kazakhstan), in the Komsomolets Bay of the Caspian Sea, in 2016.

3 thoughts on “The Caspian seal is listed on the Bonn Convention!”