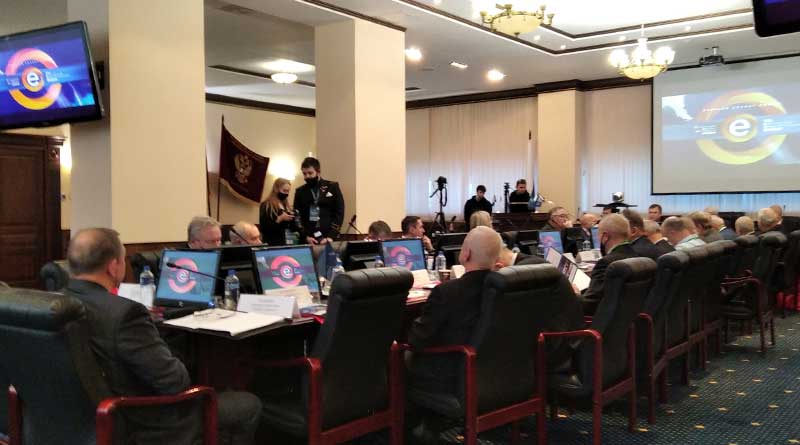 On the 8th of December, XIV Caspian Energy Forum, organized by the Caspian Science and Innovation Association, took place at the Russian State Geological Prospecting University named after Sergo Ordzhonikidze (RSGPU), in offline and online formats. Co-organizers and partners of the forum: Scientific Council of the Russian Academy of Sciences on the Problems of Geology and Development of Oil, Gas and Coal Deposits, Institute of Petroleum Geology and Geophysics named after A.A. Trofimuk SB RAS, RSGPU, Institute of Oil and Gas Problems RAS, Kazakhstan Society of Oil Geologists, Institute of Energy Systems named after L.A. Melentiev SB RAS, and Science and Innovation of the Caspian Sea Council.

At the plenary session, special interest was aroused by the joint report of E.N. Marabaev, Deputy Managing Director of NCOC, and V.V. Rozhnov, Academician of the Russian Academy of Sciences, Doctor of Biological Sciences, Scientific Director of environmental and ecological projects and international programs of IEE RAS, on the topic “Energy cooperation between the countries of the Caspian region in the context of the global climate agenda; cooperation between Kazakhstan and Russia in the field of studies of the Caspian seal population with the support of NCOC”.

One of the most important events of the forum was the session “Environmental responsibility in the development of energy and oil and gas facilities in the Caspian basin. The potential and problems”, where the following speakers spoke on the research and conservation of the Caspian seal:
1. V.V. Rozhnov with the report “The Caspian seal: Russian-Kazakhstan program for the study of the key species-indicator of the state of the Northern Caspian”;
2. A.I. Tasmagambetova, Founder of Caspian Seal Research and Rehabilitation Center, Head of Caspian Seal Project, Founder of the Central Asian Institute for Environmental Researches (CAIER), Co-founder of Sebi Charitable Foundation, with the report “Environmental assessment of the Caspian seal habitat in the Kazakh part of the Caspian Sea”;
3. V.A. Bizikov, Doctor of Biological Sciences, Deputy Director for Science of the FSBSI “VNIRO”, with the report “Russian-Kazakhstani cooperation in assessing the number and distribution of the Caspian seal in the oil production regions”;
4. T.S. Ershova, Ph.D. (on Biology), Associate Professor of the Hydrobiology and General Ecology Laboratory at Astrakhanskiy State Technical University, with the report “Organisms-concentrators of heavy metals as indicators of the ecological state of the Caspian Sea”.
The forum video materials are posted on  YouTube channel. 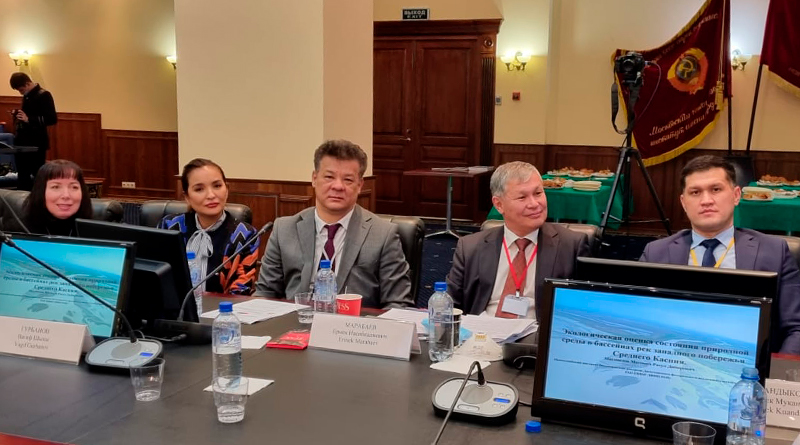