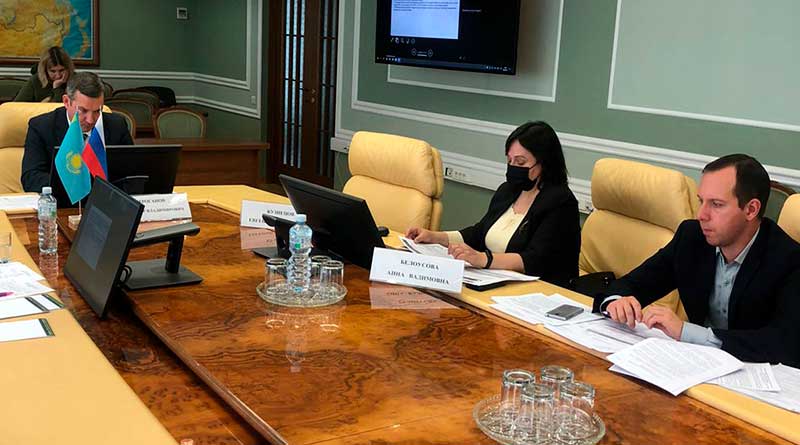 News
07/10/202117/10/2021 Kaspika 0 Comment Biodiversity Scientific and Methodological Center of the Federal State Budgetary Institution "VNII Ecology”, Kaspika, Kazakhstan, Russia, the Caspian, the Caspian Sea, the Caspian seal, the National Project “Ecology”, the Panel discussion "Fauna and flora", the Program of Russian-Kazakh Cooperation in the Development of Protected Areas for 2021-2024, the Russian Federal Project “Conservation of Biological Diversity and Development of Ecological Tourism”, XVII Forum of Interregional Cooperation between Russia and Kazakhstan

Participants in the panel discussion “Fauna and flora”, which took place at XVII Forum of Interregional Cooperation between Russia and Kazakhstan, discussed a wide range of topics related to the preservation and restoration of flora and fauna in their states, cooperation in the development of forestry and specially protected areas (SPAs), including coordinated measures to preserve the Caspian seal, an endangered species, endemic to the Caspian Sea.

International cooperation between the two countries in the field of SPAs is carried out within the framework of the Program of Russian-Kazakh Cooperation in the Development of Protected Areas for 2021-2024. Joint work is implemented in such areas of activity as scientific research and environmental monitoring, ecological education and the development of ecotourism, interaction in the field of protection of natural complexes and prevention of transboundary fires, exchange of experience in the management of nature reserves, national parks and sanctuaries.

In his opening remarks, Deputy Director of the Department of State Policy and Regulation in the Sphere of Protected Areas of the Ministry of Natural Resources and Ecology of the Russian Federation Vladimir V. Stroganov emphasized the importance of environmental international cooperation, noted the successful experience in creating the Great Altay Transboundary Biosphere Reserve in 2011 – the first transboundary biosphere reserve in Russia and Kazakhstan, and in Asia in general. It was also noted that in March 2020, the Caspian seal and saiga, which are endangered species, permanent objects of common concern and cooperation of the two countries, were inscribed into the Red Data Book of the Russian Federation. The saiga was also included in the List of 13 wildlife species needed priority conservation and reintroduction measures and priority attention according to the Russian federal project “Conservation of biological diversity and development of ecological tourism” and the national project “Ecology”. In August 2021, the Strategy for the Conservation of the Saiga in the Russian Federation was approved and a roadmap for the conservation of this species was developed.

Anna V. Belousova, Head of Laboratory on the Red Book of the Russia Federation at Biodiversity Scientific and Methodological Center of the Federal State Budgetary Institution “VNII Ecology”, reported about the first Russian-Kazakh events that had been held before the Plan of Joint Actions of Russia and Kazakhstan for 2021-2026 to protect the Caspian seal population. She noted the importance of using modern methodological approaches and obtaining new information about the Caspian seal behaviour in winter, proposed the conservation and restoration of seal rookeries as well as to conduct coordinated surveys of animals in the winter (in January-February). In addition, it was proposed to form a working group for the prompt exchange of information and the creation of a common scientific database, as well as to consider the possibility of annually determining the zones of dormancy in the Caspian to limit economic activity in the places of Caspian seals haul-out sites. 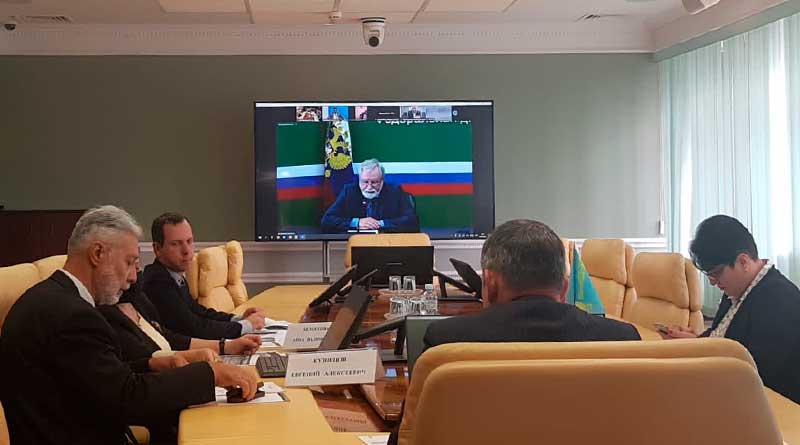 Participants discussed another significant topic – joint work on saiga conservation and cooperation between Russia and Kazakhstan in the field of waterfowl conservation in the Caspian region, southern Western Siberia and northern Kazakhstan.

The event was attended by representatives of the Ministry of Natural Resources and Environment of the Russian Federation, the Information and Analytical Center for the Support of Wildlife Protection (Roszapovedtsentr), the FBI Avialesoohrana, the FBI Roslesozashchita, Katunsky State Natural Biosphere Reserve, FSBI “VNII Ecology”, the Committee of Forestry and Wildlife of the Ministry of Ecology, Geology and Natural Resources of the Republic of Kazakhstan, Kazakh Base of Aviation Forest Protection and Forestry Services, Republican Forest Selection-seed-growing Center, Katon-Karagai State National Nature Park, Kazakhstan Agency of Applied Ecology, Kazakhstan Association for the Conservation of Biodiversity.