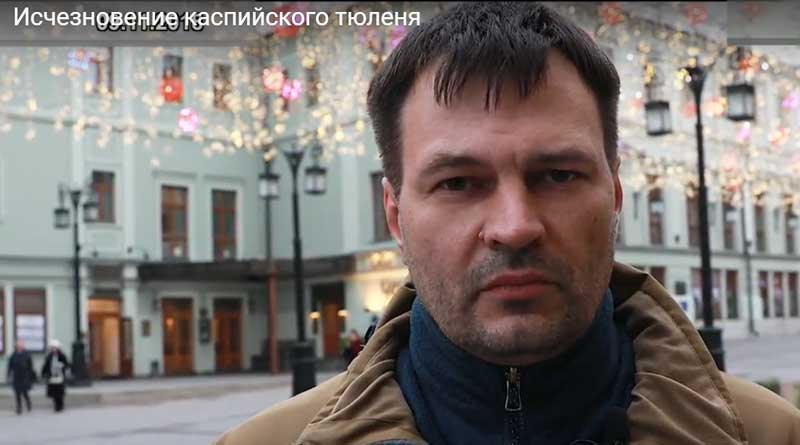 Dmitri Glazov, a marine biologist at A.N. Severtsov Institute of Ecology and Evolution of the Russian Academy of Sciences, the Deputy Chairman of the Marine Mammals Council, informed on that in 2018 experts from the Caspian states noted a dramatic decline in numbers of the Caspian seals both in the sea and on those haul-out sites, where these animals had earlier been in great numbers.

A special session, devoted to the conservation challenges for the Caspian seal and other landlocked seals, was held during the 10th Anniversary Marine Mammals of the Holarctic International Conference, at the Northern (Arctic) Federal University named after M.V. Lomonosov (Arkhangelsk, Russia). As Glazov told in an interview for Parliamentary News Informational and Analytical Portal, on those haul-out sites, where thousands of animals had previously been observed, there were only a few individuals this year. Scientists have to figure out whether this is due to the fact that the distribution of the population at sea has changed, or whether the population is in an endangered status. ‘We want to draw the attention of the leadership of Federal Agency for Fisheries of the Russian Federation, Federal Service for Supervision of Natural Resources of the Russian Federation, and the Regional Administrations to this problem. Because the Caspian seal is a lot talked about, but, unfortunately, nobody really do much for  this species,’ says Dmitri.

Russian scientists have repeatedly been raising the issue of building a research and rehabilitation center in Dagestan to preserve the Caspian seal. ‘However, given the current situation’, says Dmitri Glazov, ‘the idea of launching such a center may not be realised, because there will be no animals to rehabilitate’.

In addition, Russian scientists are unsuccessfully trying to inscribe the Caspian seal into the Red Data Book of Russia, and introduce a moratorium on the commercial hunting of this species.