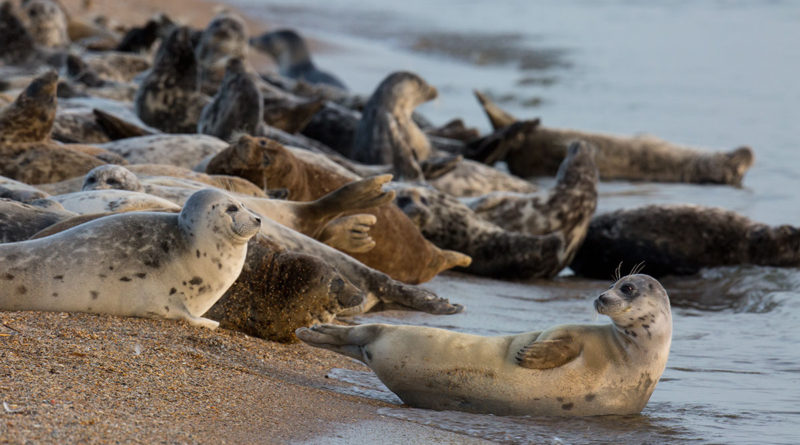 Maliy Zhemchuzhniy Island in the Caspian Sea since 2002 has been a monument of nature of federal significance. It is located about 40 km from the Volga delta. Here in the spring, Caspian seals arrange haul outs, there are also large colonies of birds – the great black-headed gull, Caspian tern and gull.

Getting to the island is quite simple. From the Village of Kirov, in good weather, it will take two hours. Poachers and fishermen, who have tangled the north-western part of the Caspian Sea with fishing nets and gear, usually leave passageways between their nets for coast guard and fishing surveillance boats, but you still have to be very careful – your motorboat can “fly” into a fishnet at full speed damaging engine screws.

With the staff of the Astrakhan Biosphere Nature Reserve, we came here to survey birds and were amazed… Along the coast of the island, hundreds and hundreds of animals, resting, sunbathing under the tender spring sun, were laying along the island coast, on sand spits. It was the Caspian seal. 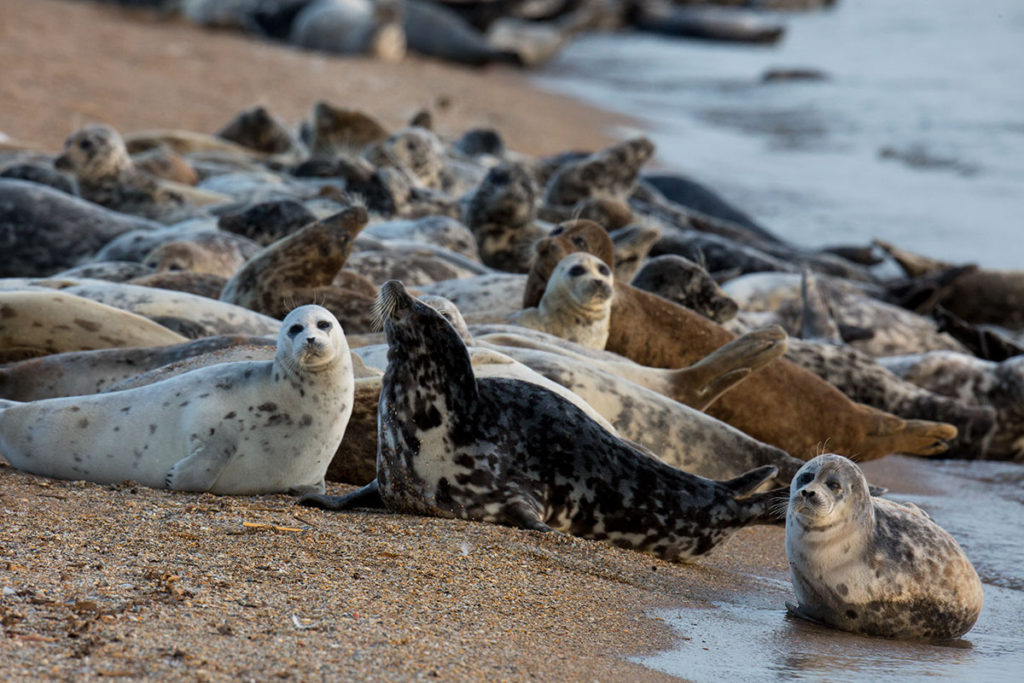 The seals. It is necessary to study «who is who». Which is a female or male, which is young or adult? I will be glad to any prompts. We counted more than 5000 individuals. 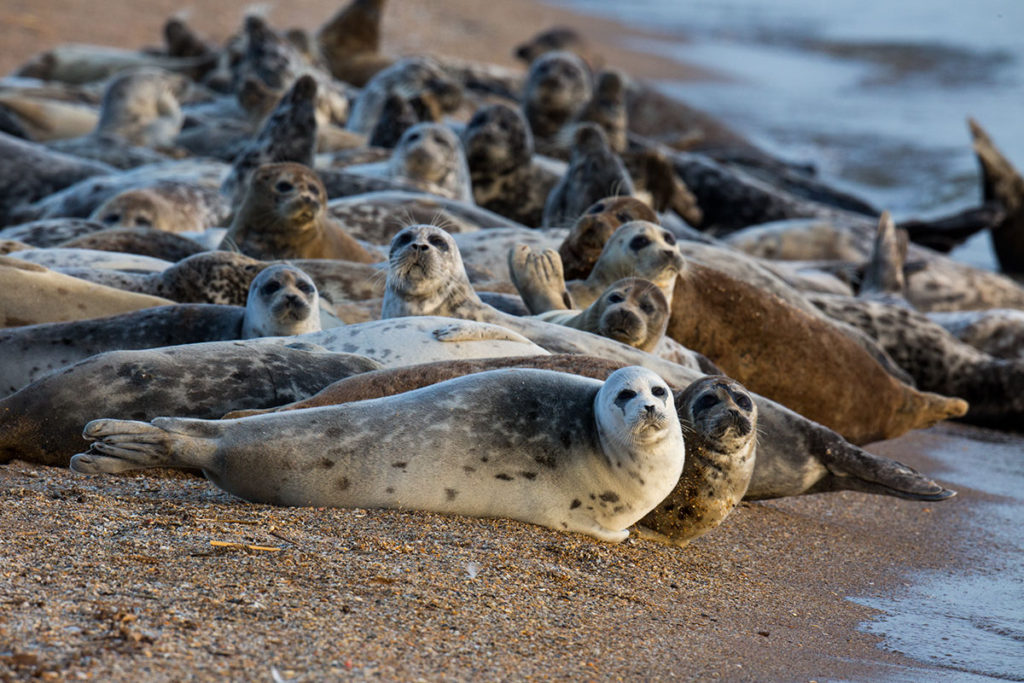 Very curious snouts. I am kneeling behind my tripod holding my camera, and they do not worry. 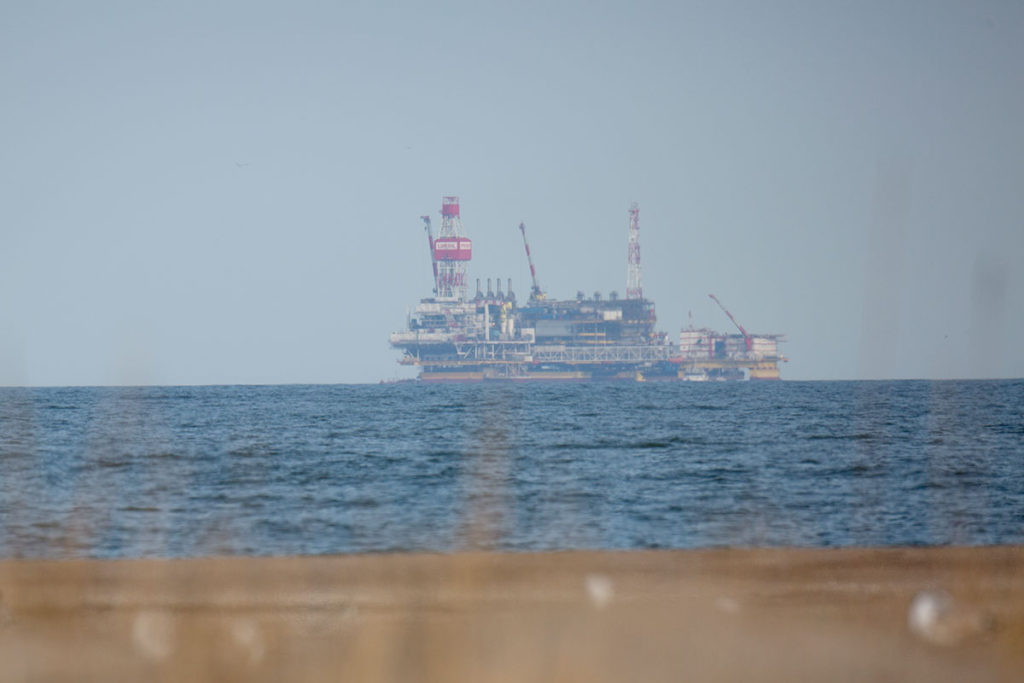 Not far from the island, there is a Lukoil deposit named after Yu. Korchagin. 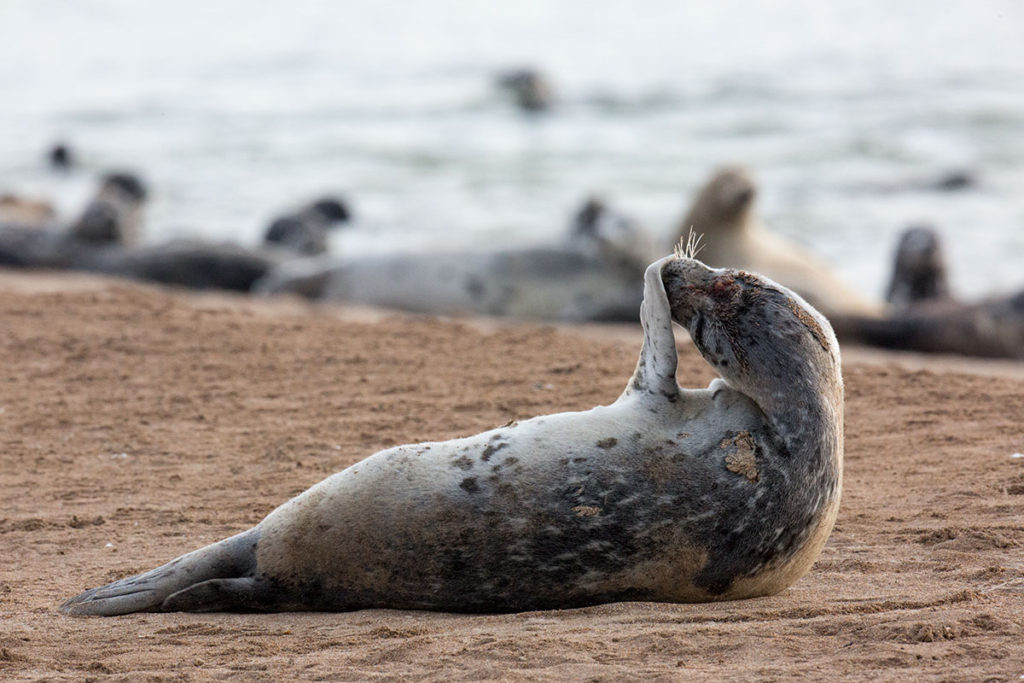 For three hoursб I had been crawling along the sand to this seal. And he had turned to be wounded by poaching hooks, and had a damaged eye. Its portrait is at the end of this article. It is not recommended for children and nervous people to be seen. 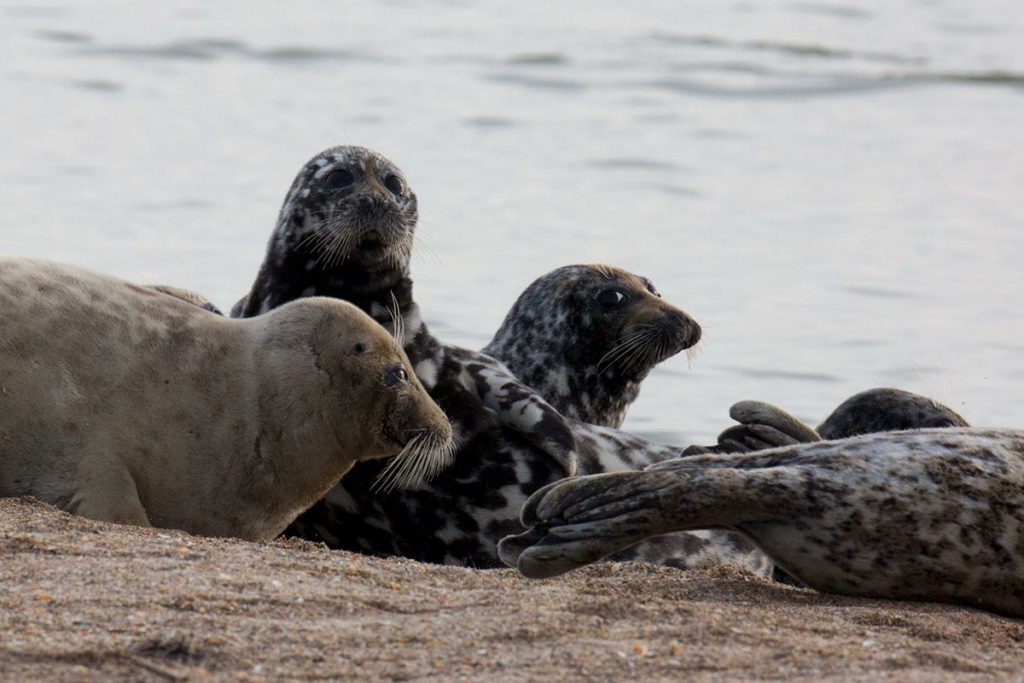 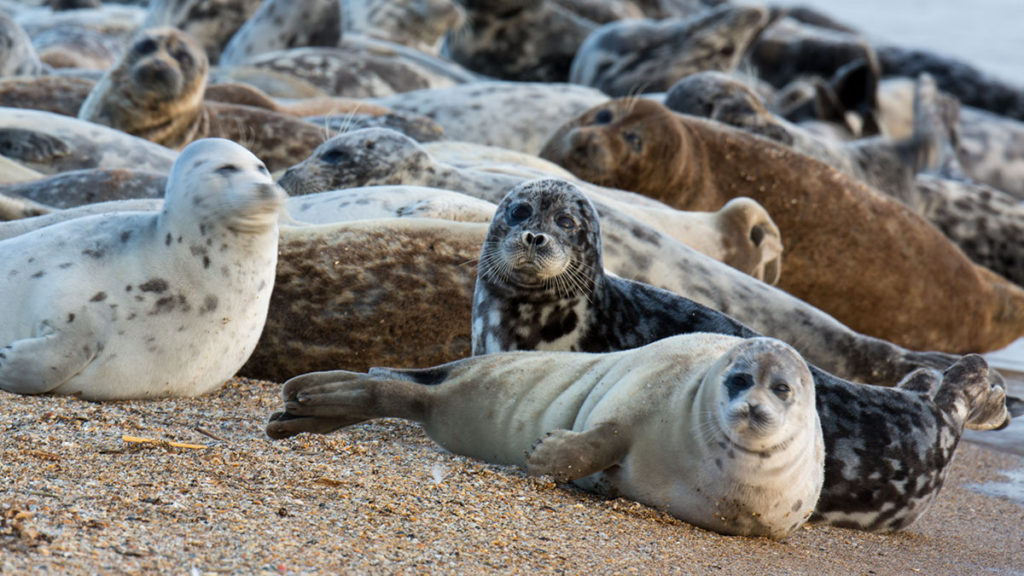 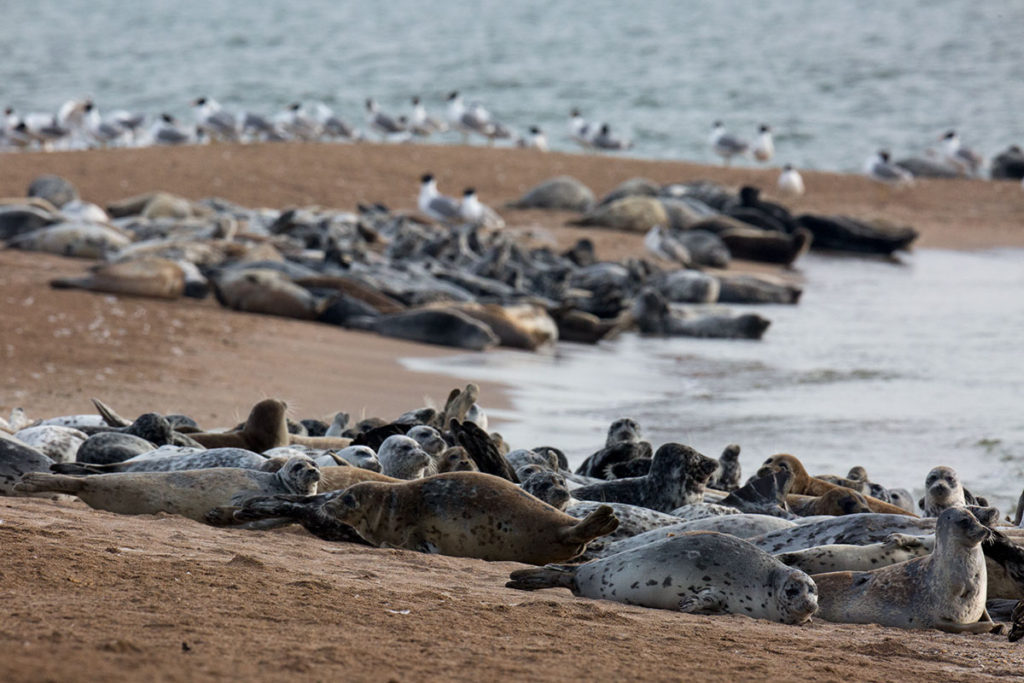 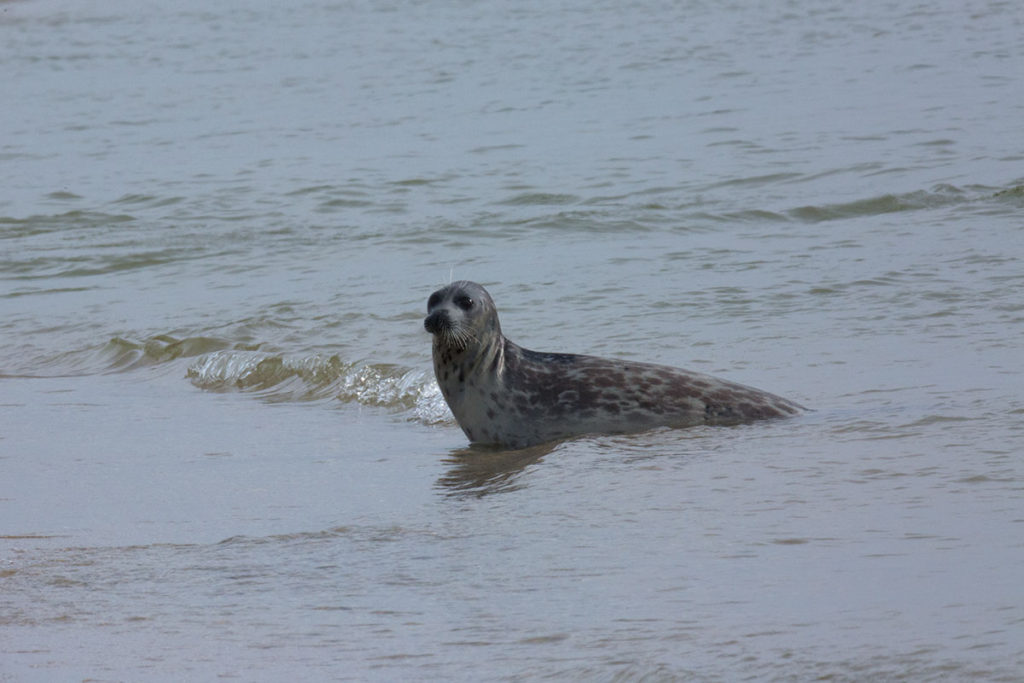 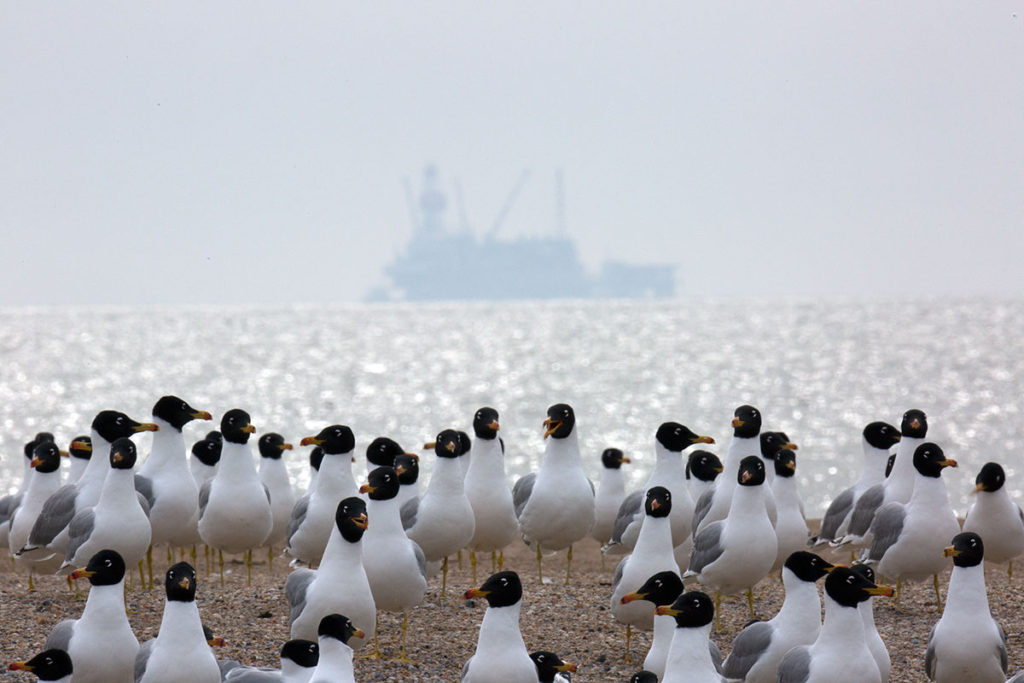 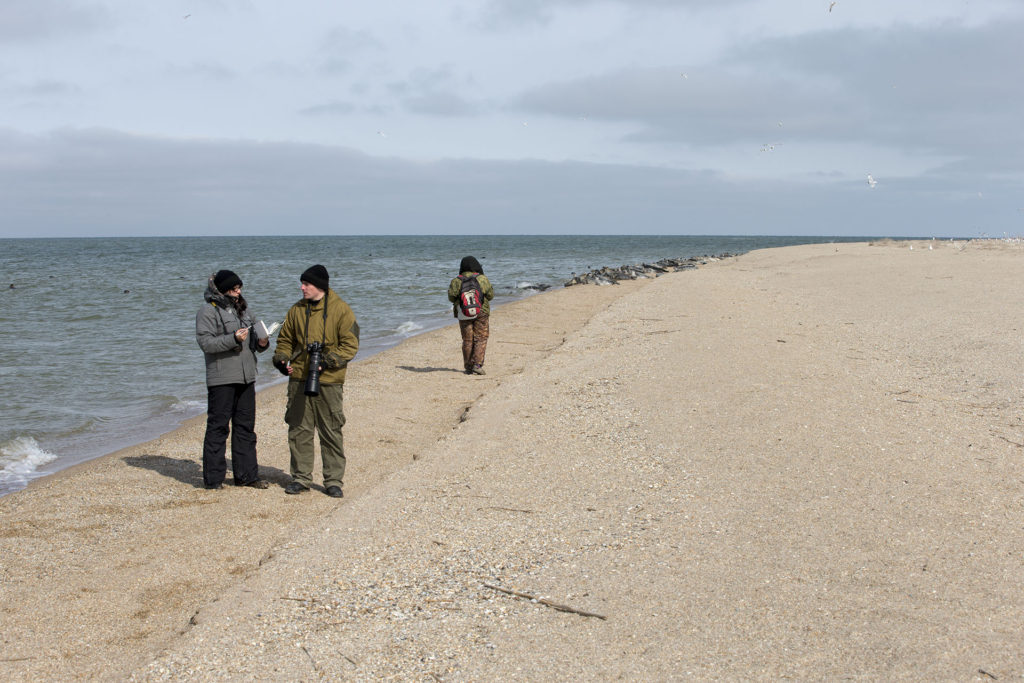 The employees of the nature reserve, conducting a survey of birds and seals. According to estimates, there were not less than 5000 seals on the island. 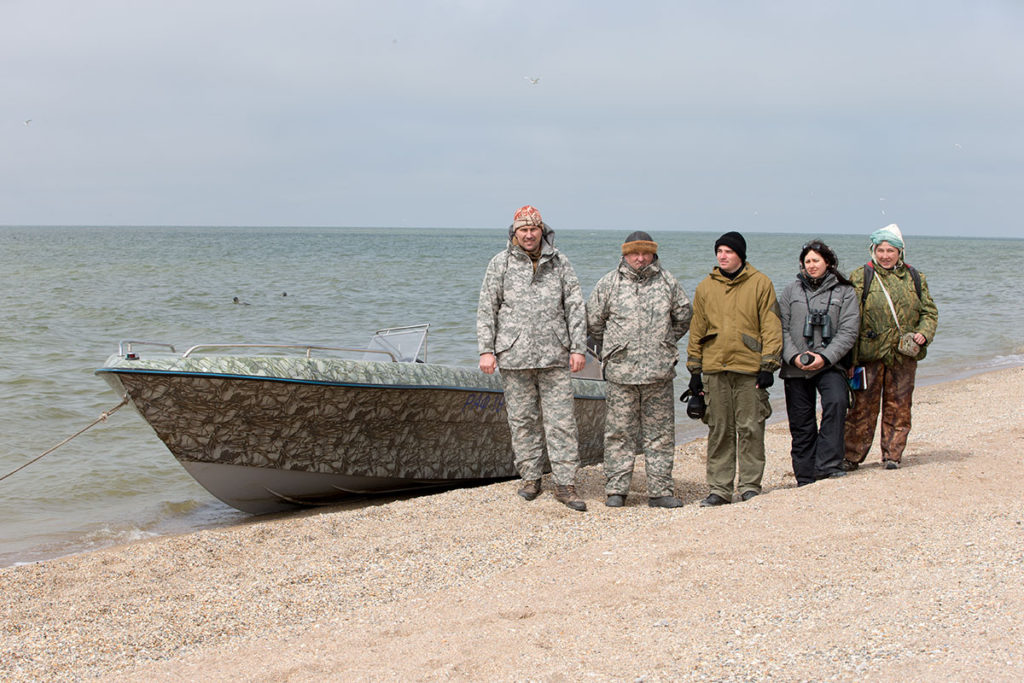 These are employees of the nature reserve. The tallest of them  – Tsymlyansky Nikolay Anatolevich, the Director. 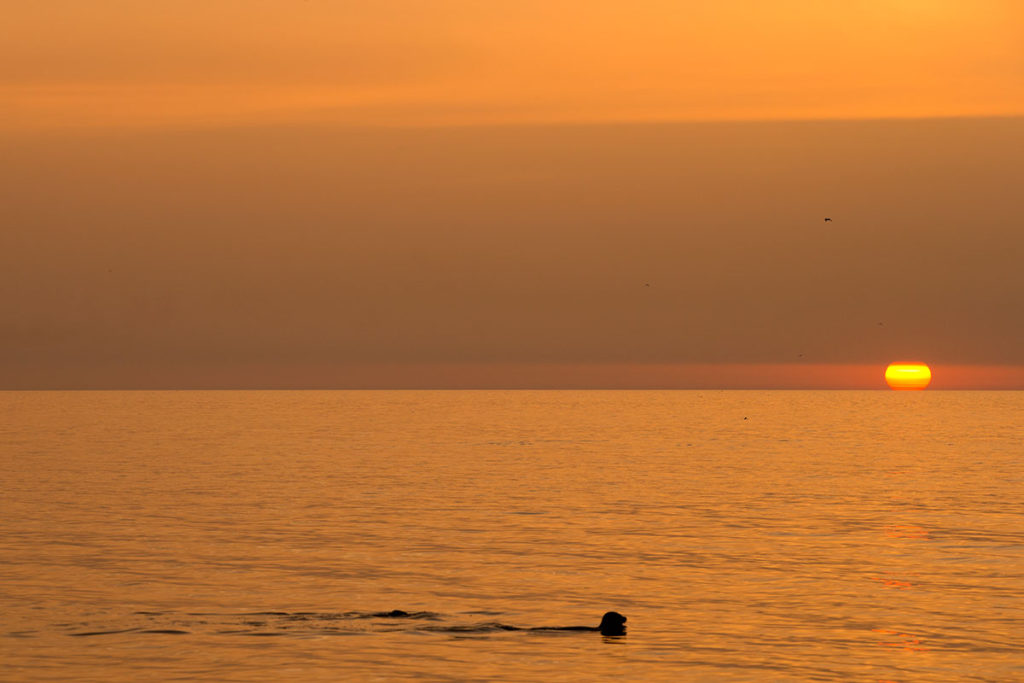 It is getting dark. The sun is diving into the sea. 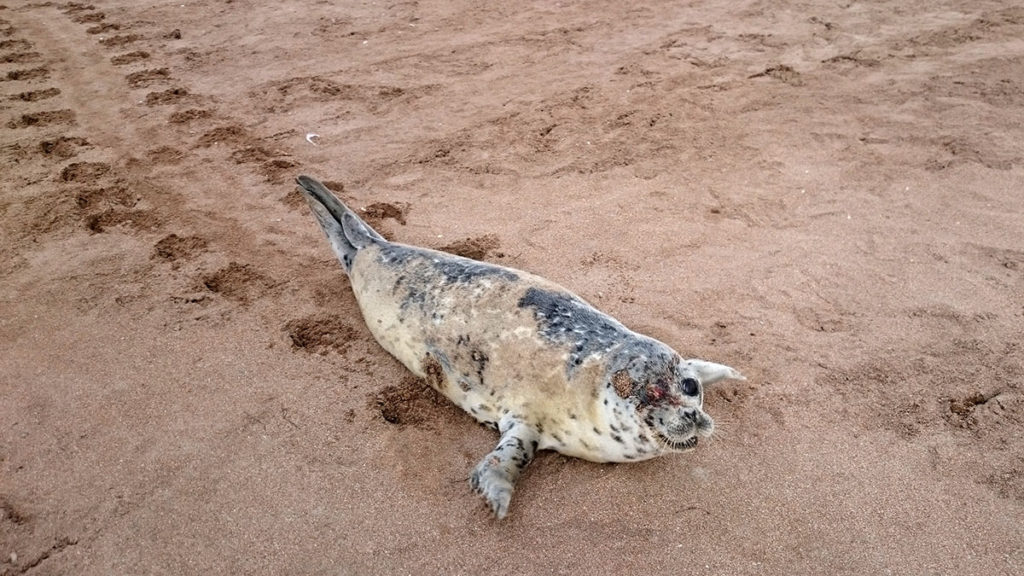 On the island, we saw a few seals injured by hooks, having deep wounds on their bodies.
They are doomed. The poacher is an enemy of all living creatures. 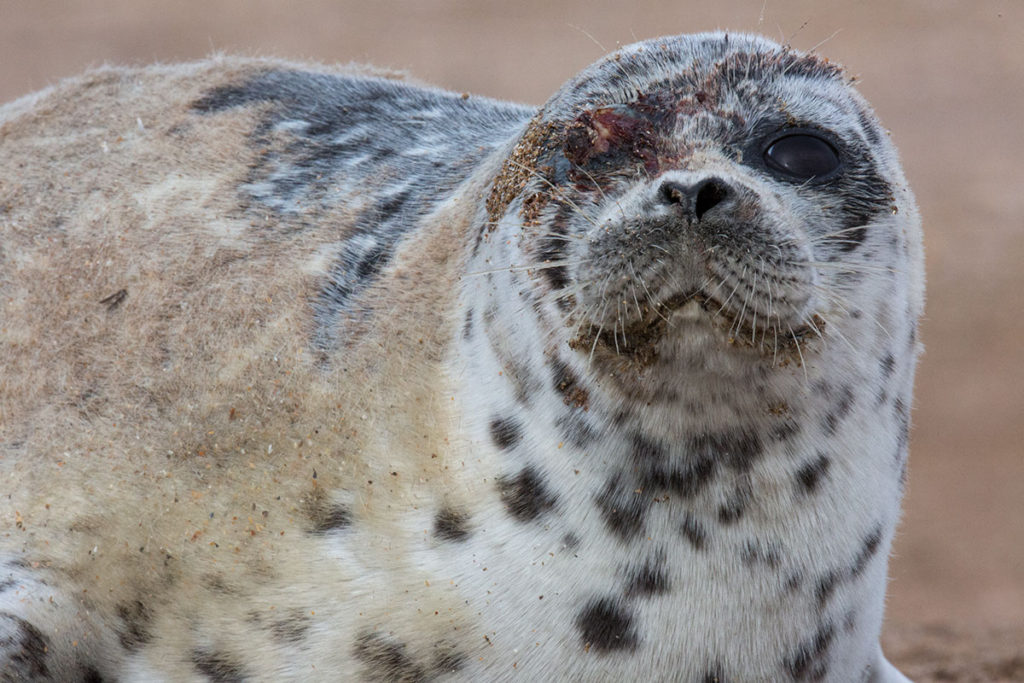