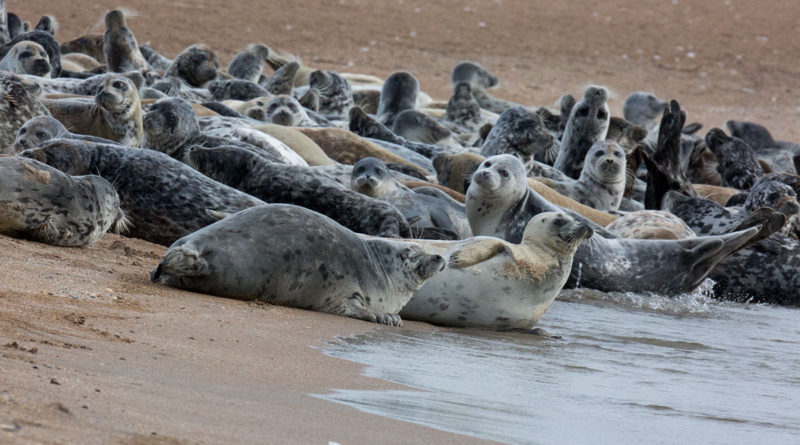 In Astrakhan, scientists from different parts of the world decide how to save an endangered seal species.

The Caspian seal is the smallest seal in the world. It is not easy to find this seal now. The species is endangered. Less than 100 thousand – that is all that remains. ‘This is the result of people’s activity. It is not a natural process. The result of water pollution and fishing,’ said Mart Jüssi, a participant in the conference from Estonia.

People have been hunting on these mammals for more than a century. Experts believe that the productivity of the Caspian Sea began to decline in the two thousandth years. Now the situation in the marine ecosystem is critical. If you do not take measures to preserve Caspian seals, the species will be extinct in the near future.

‘Every year their habitat becomes less and less, which affects Caspian seals badly. There is another problem. People kill them for commercial purposes to make clothes out of fur. The Caspian Sea is surrounded by five countries, and we must work together to save seals,’ said Amir Sayad Shirazi, a participant in the conference from Iran.

‘Oil production is a factor responsible for productivity. We have to choose either we produce oil or do fishing. I would advise ecologists to conduct environmental activities to save seals and other bioresources,’ said Alexander Boltnev, a participant from Moscow.

Experts from different parts of the world are working to save the endangered species of mammals. One of the ways is protecting the marine ecosystem from pollution. Then the immunity of the seals will become stronger, and the population will grow rapidly.