The only marine mammal in the Caspian Sea, the smallest seal in the world, is threatened with extinction. 100-150 thousand animals – this is all that has remained from a more than million population. This is about the Caspian seal, conservation work for which in Dagestan has already been started by the specially created group of experts from the Russian Academy of Sciences. But for a full-scale work, there is not enough money. Scientists are asking businessmen to join this work. 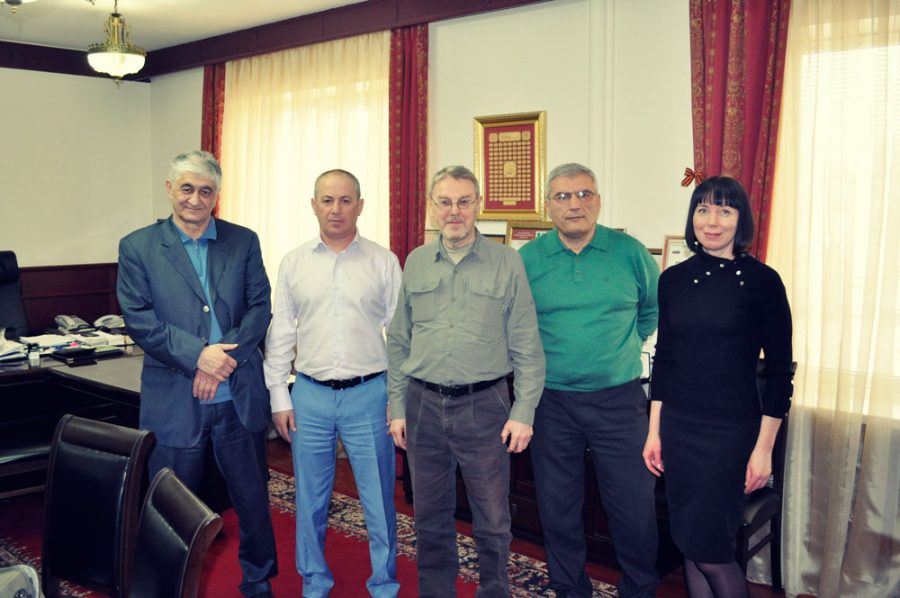 ‘Vyacheslav Vladimirovich, for the last hundred years, the number of Caspian seals has decreased by more than 90 percent. Your working group was specifically organised to solve the problem of this species rehabilitation. What challenges have you faced before going to Dagestan?’
‘Our group of scientists from the Russian Academy of Sciences, which has been for a few days in the republic, includes, in addition to me and Dmitry Glazov, an employee of the Institute of Ecology and Evolution of the Russian Academy of Sciences, Nataliya Shumeyko, the Manager of KASPIKA Caspian Seals Conservation Agency. Last year we held an international meeting on the Caspian seal – it was attended by representatives of all Caspian states – discussed the situation and came to the conclusion that this situation was quite complicated. It was obvious that have to develop a special scientific program to understand, above all, the nature and causes of the negative processes affecting this species. But the program is a program; while it is being developed, there has been an idea to create a rehabilitation center for Caspian seals, since sick and injured seals appear, and such a center is urgently required to save at least them. Experience of similar centers is known to us’.
‘From who have you received support?’
‘We have been supported by the government of Dagestan. The Dagestan Scientific Center of the Russian Academy of Science is ready to work in this direction, and representatives of nature reserves and fishermen accept this idea – this is very important for us. The Caspian Institute of Biological Resources of the Dagestan Scientific Center of the Russian Academy of Sciences is also interested in in this idea realization. In the republic, there is the Dagestanskiy State Nature Reserve, we have acquainted with its representatives before coming here; and now we have an opportunity to see this nature reserve with our own eyes and assess its potential for the rehabilitation center creation. It was necessary to meet with fishermen, learn from them if it was possible to get seals for rehabilitation and restoration of the population number’. 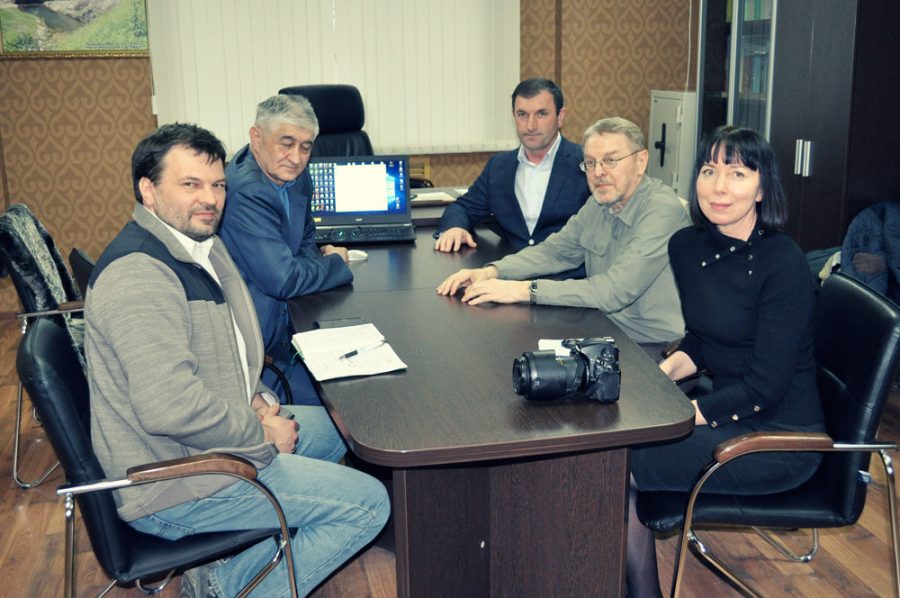 We harm to ourselves

‘What do you think a reason for this situation with the population of Caspian seals is? And what are real opportunities to go out of it? How was it possible to bring the problem to such an extent at all?’
‘How has it been brought to this? – a good question. In general, the Caspian seal is not only one species, which is in such a serious environmental condition. A great number of animal species have been listed on the Regional and Federal Red Data Books. The situation is exacerbated by the fact that people do not understand the arrangement of the world wildlife, how an ecosystem functions, and at the same time they at least understand that this nature should be protected and preserved as it is necessary for their own life. But often those people, who make decisions or are engaged in business, are not fully aware of what they are doing. They do not attach significance to the fact that their activities affect the well-being of particular species, without which the functioning of an ecosystem is disturbed. This is little spoken about, this is little taught, and people begin to forget this, do not pay any attention to the importance of these processes. In the long term plan, the task of scientists is precisely to understand what is happening to the Caspian seal, what has affected its calamitous state, what is happening to the Caspian Sea ecosystem’.
‘Vyacheslav Vladimirovich, what priority tasks for your group of scientists are currently being set?’
‘First of all, it is necessary to come to a mutual understanding between people, between our colleagues, that the establishment of the Caspian seal rehabilitation centre is urgent. And here, in Dagestan, we have found such understanding. This is very important. Then, if we create the center, it will be necessary to find the most convenient place for its building, to create all required infrastructure and provide our future employees of the shelter for the Caspian seal with adequate working conditions, etc. Therefore, on arrival here, we set ourselves a task to travel along the Dagestan Caspian coast to choose a place for construction of the center. Fortunately, there is such a place; it belongs to the Caspian Institute of Biological Resources of the Dagestan Scientific Center of the RAS, and Magomed-Rasul Magomedov, the Head of this institute, is ready to give us a plot of land. However, in our opinion, the center will not be just a “hospital for marine animals” – it will become a real research center where scientists and specialists will track, study and analyze the processes that I have mentioned’. 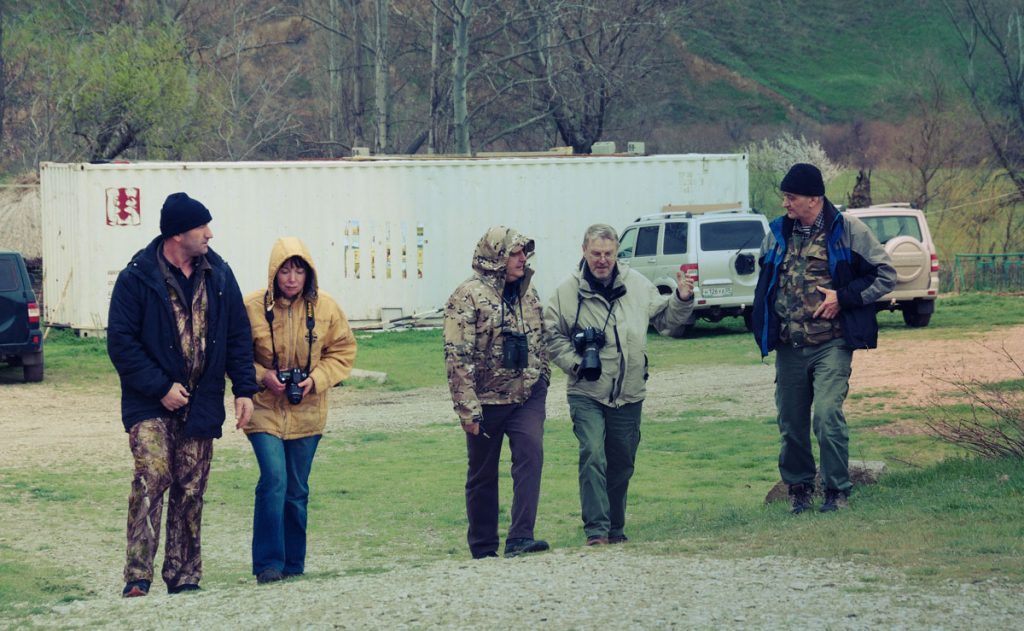 It is easier to kill than save

‘In our republic, we often begin to save nature when there is already nothing to save. The Caspian seal is the only marine mammal of the sea. What is a reason, in your opinion, for its mass mortality?’
‘Now one of our goals is to find out where, when, and how the carcasses of these animals are cast ashore. We have collected some material for molecular genetic studies. Another question – is it real to get seals for rehabilitation? A man sets fishing net in the sea, and then a seal is entangled in it. If fishing net is placed at the surface, a seal floats for a while, trying to escape – as a rule, unsuccessfully. The fisherman begins to release the marine animal, which does not understand that the man wants to rescue, and begins to bite the fisherman. So it is much easier to kill the seal throwing it away than to save. Therefore, another task is to convince people that it is not necessary to kill seals, and it is better to call experts who would help to release seals from fishing nets and, if necessary, to deliver them to the future rehabilitation centre. 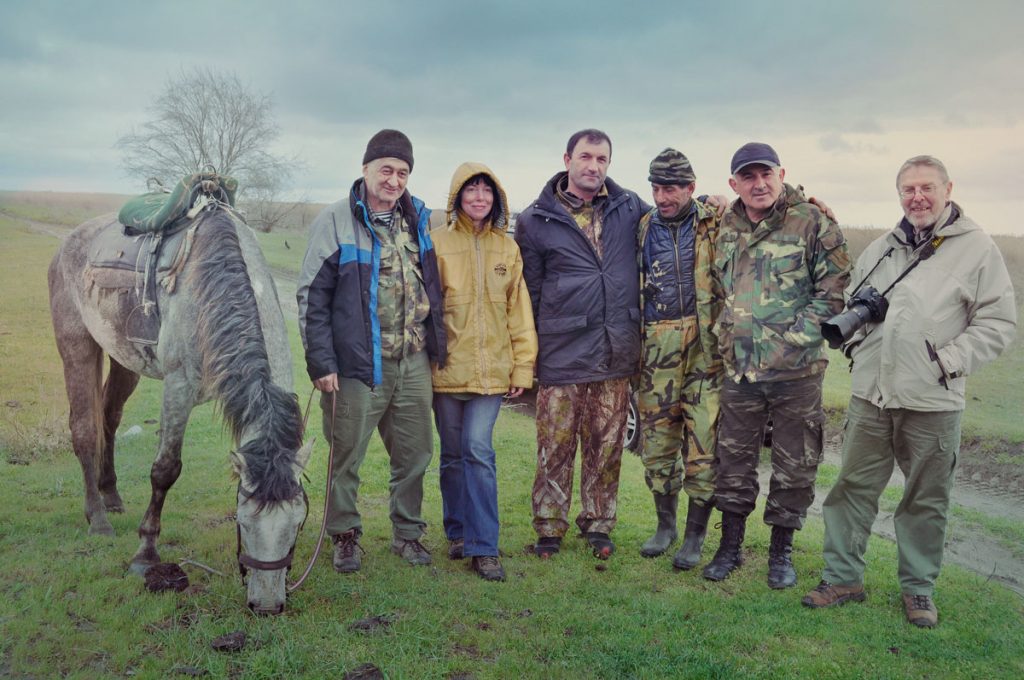 ‘Survival of the seal inseparably connecting with the whole ecosystem of the Caspian Sea depends on conservation measures. This is clear to us, but I would like to know what expected results from this project realization are. Vyacheslav Vladimirovich, what is waiting for us “at the exit”?’
‘We are waiting for those results, for which, strictly speaking, we are creating this centre. We want to restore this population in the Caspian Sea. This is a main expected result of long and laborious work that requires cooperation of authority, science, and ordinary people. To achieve this result, we have also to solve the problem of financing, because the state budget financing in this case is almost impossible, but there are other sources: businessmen, various environmental funds; and we should present them a clear vision of our ideas. We hope to get support from other organizations and individuals worried about the fate of the inhabitants of the Caspian Sea and, therefore, are not indifferent to the state of ecosystems and wildlife in general.