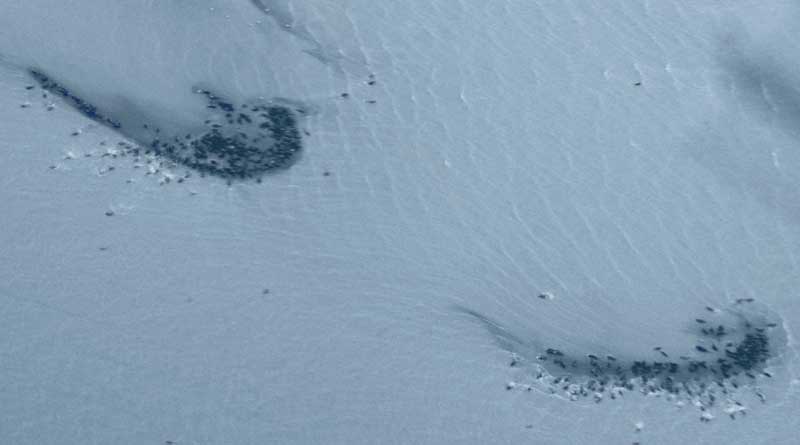 The flight took place along a predetermined route covering areas of potential seal haul-outs in the northeastern Caspian Sea. Observations were carried out from two sides of the aircraft with constant photo and video filming. The geographic coordinates of the discovered seal hauling-out sites were registered for their further mapping. In June-July this year, scientists will be able to share the results of their research.

The aerial survey was carried out within the framework of the Kazakhstan programme “Conservation of the Caspian Seal Population” with the financial and organisational support of Tengizchevroil LLP.

Source: The Institute of Hydrobiology and Ecology (Irgeli, Kazakhstan).

In the photo above: Caspian seals hauling-out in the northeastern Caspian Sea, March, 2022.