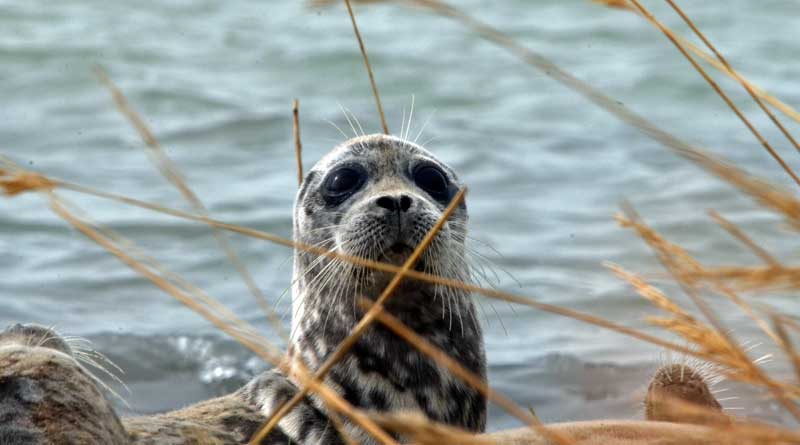 On abundance, distribution and mortality of Caspian seals (Pusa caspica) in the Kazakhstan area of the Caspian

The Caspian seal is known to be a semi-aquatic animal with a peculiar way of life: reproduction, mating and molting of part of the population takes place on the ice of the North Caspian in winter; molting of the rest part of the population – on coastal sand and sand-shell islands in spring; after summer feeding in the sea, migrating to the north seals also gather on islands in anticipation of breeding in the autumn. During the preconnubia periods, it is possible to obtain more information about the number and structure of the Caspian seal groups. A systematic collection of this data on a unified methodology provides important information about the distribution and status of the population as a whole.

Having conducted in 2015-2019, studies showed a reduction in the occurrence of seals in the Kazakhstan area of the sea. In recent years, in the Northern Caspian during the spring and autumn, seal accumulations are not found in the area before the mount of the Ural River, including the adjacent islands in the east and the water area around. Molting haul-out sites are formed on the northern islands of the Komsomolets Bay (Durnev’s Islands). Preconnubias are found on the islands of the Prorva site and in the area of the Repair sand islands. Until the autumn of 2018, spring and autumn haul-out sites were found in the Middle Caspian on the islands in Kendirli Bay. The data also indicates that the herd sites due to the regression are shifting from the northeastern section of the Caspian to the newly formed islands. Caspian seals have adapted to overgrowing islands and are able to lie in the reeds. There was a shift in the timing of spring seal herd to an earlier period, and the main molt on the islands and sand islands ends in early May.

Mortality analysis demonstrates the unfavorable situation in the demography of the Caspian seal population at the current stage: a large number of seals do not reach sexual maturity – 8 years old,  and in the population, there are extremely few individuals older than 20-30 years old, able to breed.
Scientific Adviser: M.T. Baymukanov, Ph,D. (Biology);  R.V. Yashchenko, Ph,D. (Biology).

To download the abstract in Russian: Baimukanova et al., 2020.

Photo by M.T. Baimukanov, the Director of the Institute of Hydrobiology and Ecology (Irgely, Kazakhstan). Caspian seals. The Komsomolsky Bay, spring 2017.