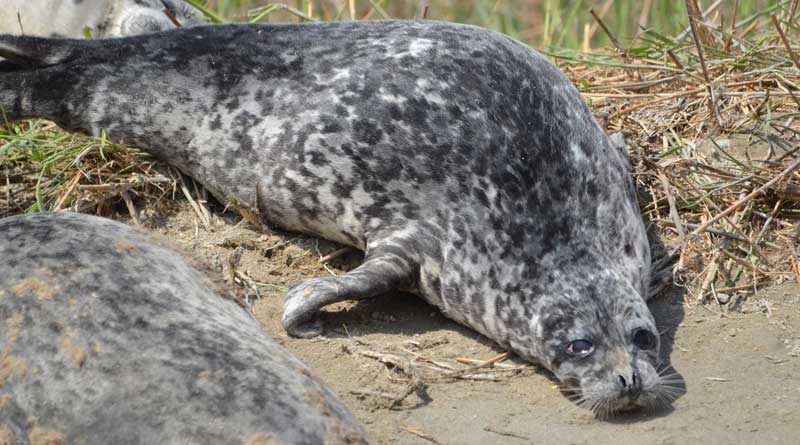 The determination of age is essential for learning many aspects of animal biology and is carried out with comparative anatomical and morphological studies in the field of systematics and population variability; it allows establishing the reproduction rate, individual life span, and the age composition of the animal population. This, in turn, allows assess the relative numerical state of the population, which is important for regulating fishing and establishing a strategy for the conservation of valuable animal species (Klevezal, 1967).

The Caspian seal is the only marine mammal in the Caspian, endemic to this sea. Since 2008, the Caspian seal has been on the Red List of the International Union for Conservation of Nature with Endangered status. Caspian seals belong to pagophilic animals and during the breeding season they gather on the ice formed in the northern and northeastern parts of the sea. With the onset of spring and the disappearance of ice, part of the seals, which did not successfully molt, form large preconnubia – rookeries on islands and sand islands – underwater shoals located in the shallow zones of the north and north-eastern parts of the Caspian. There are small rookeries in the Middle and Southern Caspian also. The most complete data on the age composition of seals on rookeries date back to the 30-40s of the last century (Badamshin, 1950).

The largest casts of dead seals in the Caspian took place from the end of the 20th to the beginning of the 21st century, when the number of dead animals was tens of thousands. Mortality occurs for a number of reasons (pollution of the sea, diseases, by-catch in fishing nets, and others). In the last decade, corpses of seals found on the coast of the sea are estimated to be hundreds of individuals. Determining the age composition of dead animals is important for calculating the loss and predicting the demographic status of the Caspian seal population.

T.M. Eibatov (1986) studied in detail the macromorphology and microstructure of permanent teeth, established the tooth formula, described the area of the first annual layer and determined the age of Caspian seals. S. Wilson and coauthors (2014) analyzed the mortality of the Caspian seal for the period of 1971–2008, using data including age, body condition, pathology, and concentrations of organochlorine compounds in corpses from 1997 to 2002.

In recent years, the largest cast of dead seals on the coast in the Kazakhstan area of the Caspian Sea occurred in the spring of 2017. According to official data, the number of dead seals was about 300 individuals. To assess the age composition, fangs were taken from 67 dead animals in the Kalamkas area and the western part of the Tyub-Karagan Peninsula. For this work, a random subset of 36 fangs of different species was compiled.

Dental decalcification was carried out on the basis of an acid agent (nitric acid). The manufacture of histological preparations was carried out by generally accepted methods.

Photo by M.T. Baimukanov, the Director of the Institute of Hydrobiology and Ecology (Irgely, Kazakhstan). The Caspian seal. The Komsomolskiy Bay, spring, 2016.