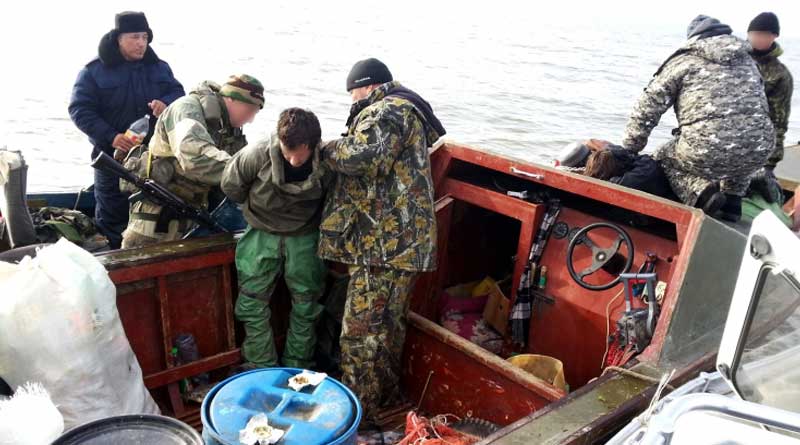 Astrakhan border guards detained a 300-horse power boat in the northern part of the Caspian Sea with three poachers on board, one of whom was a native of the Stavropol Kray. By the time of the inspection, the men had already thrown in the sea fishing nets. Illegal fishing gear was seized; a live sturgeon, found in nets, was released into the sea. Ten skins of Caspian seals were discovered in a boat of poachers. The damage caused by illegal sealing, according to preliminary estimates, was amounted to about 68 thousand rubles.