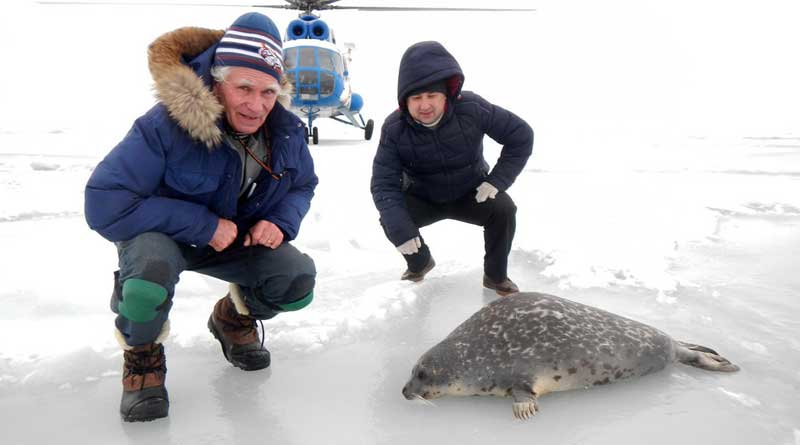 An interview of Tatyana Guryshkina, a correspondent of the magazine “Success as a way of life”, with Pyotr Ivanovich Bukharitsin, Doctor of Geography, Professor, a leading researcher at the Institute of Water Problems of the Russian Academy of Sciences, the Chairman of Astrakhan regional branch of the Russian Geographical Society.

Equilibrium in nature will recover, but will it be with a human being?

– You devoted most of your scientific activity to the study of the Caspian Sea. You are called the advocate of the Caspian Sea. Tell us how is your “client” today?
– A group of scientists from the United States, Russia, Azerbaijan and France have recently published the results of their many years research, according to which the northern part of the Caspian Sea can disappear in 75 years. The reason for this is global warming and a decrease in the drainage of rivers feeding the Caspian. Let us remember… For 47 years, from 1930 to 1977, the level of the Caspian dropped by 2.5 meters, and then some scientists became worried about it. They predicted a further drop in sea level and drying out of its shallow northern part. A project was created for transferring the flow of northern rivers, separation of shallow waters of the Northern Caspian and Kara-Bogaz-Gol Gulf to stabilise sea level. But contrary to their predictions, in 1978, the level of the Caspian Sea started rising rapidly, flooding the coast areas, which had been dried up at a sea level drop and mastered by negligent “conquerors of nature”. By 1997, the overall increase was 2.5 meters. Again, the federal target program was developed, but it was aimed at protecting the Northern Caspian coast from flooding. But, a few more years passed, and water level began to decline again. The question. Can it be “global warming”, when it is just the climatic rhythms of our planet? The level of the Caspian Sea has never been stable. And these “scientists”, having analysed several space images and hydrometeorological data from only four stations, made a “scientific breakthrough of world significance” – could it be the truth? As Stanislavsky used to say, ‘I do not believe it!’ I have my own opinion on this, based on the results of 100 years researches by my predecessors, and on my own modest forty-year scientific experience: the level of the Caspian Sea is sure to stabilise!

– And what does science say about the presence of ice in the Caspian Sea? This is a very interesting, and most importantly, an unusual fact. The Caspian – and there is suddenly ice there…
– As for the Caspian ice, this is my hobby for life. I recall the case when I was invited as an independent ice expert to the committee on review an application of Lukoil for the Government of the Russian Federation award for the work to justify the explored hydrocarbon reserves in the North Caspian waters. In addition to the Institute staff, the former USSR’s ministers of geology and the Russian Minister were invited to a presentation, which was held at the All-Russian Research Institute of Oceanology. The speaker spoke about difficulties encountered by the company in exploration work, including the presence of ice, which made it impossible to use the Astra rig in winter conditions of the Northern Caspian. After the report, a debate began. One of the ministers said something like this, ‘Of course, I understand the difficulties that the company had to face in the preparatory work. But ice in the Caspian Sea… it is not serious.” After this speech, I asked permission to show a short video about the Caspian ice. The audience froze in surprise when the screen showed footage of giant hummocky formations, which height reached 8-12 meters above sea level.

In August, 2021, II International Webinar ‘Methods and methodologies for census and topical issues of preservation of the Caspian seal