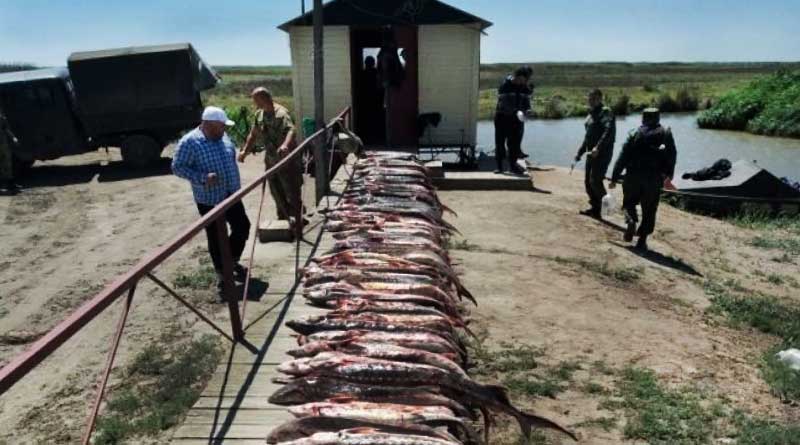 Conducting a regular raid in the water area of the Caspian Sea, Dagestan border guards found a poaching camp on the southern part of Chechen Island, at examination of which more than 400 kg of sturgeon, 2 Caspian seal furs and black caviar were seized.

Later in the same area, a small vessel of ‘Baida’ type was detained with four citizens without their identity documents. When examined in a boat, more than 80 sturgeons with the total weight of 450 kg were found.