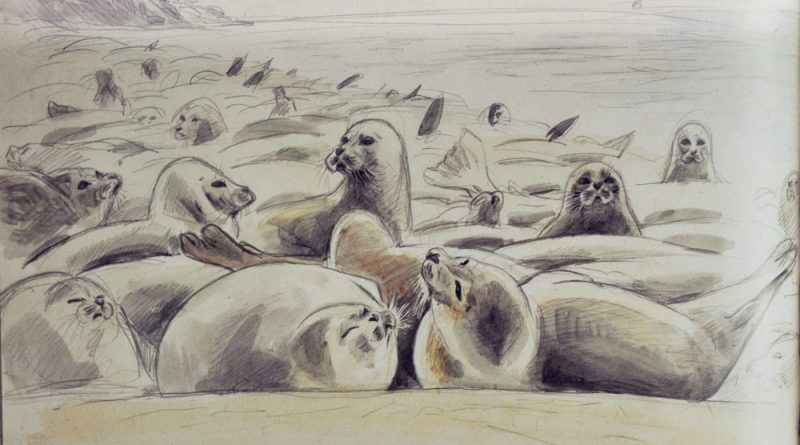 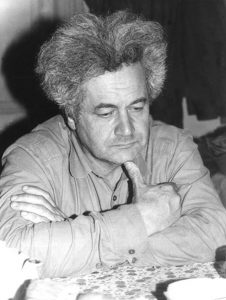 “Of course, I’m true to myself – I have ‘stuck’ into my beasts and am writing. It is beautiful here. The noise of the sea, the foliage is just starting to come out – the spring is here too late. On the shore, small but very beautiful poppies are blossoming “. The Caspian Sea, April 27, 1980.

From the book of V.M. Smirin “The portraits of beasts of Northern Eurasia. Pinnipeds”.
Moscow, Biodiversity Conservation Center Publishing House, 2010.

Sivar, which we had seen, was laying a little closer to us than the other animals. It was of amazing blue-colour, thanks to which it clearly stood out against the yellowish background of the entire haul out site. It still had remains of lanugo. The areas of its white fur were preserved on its muzzle, flippers and along the edges of its tail. Fat and round, it was sleeping and then rolling in the sand. In its white “mittens”, it looked like a well-fed child… 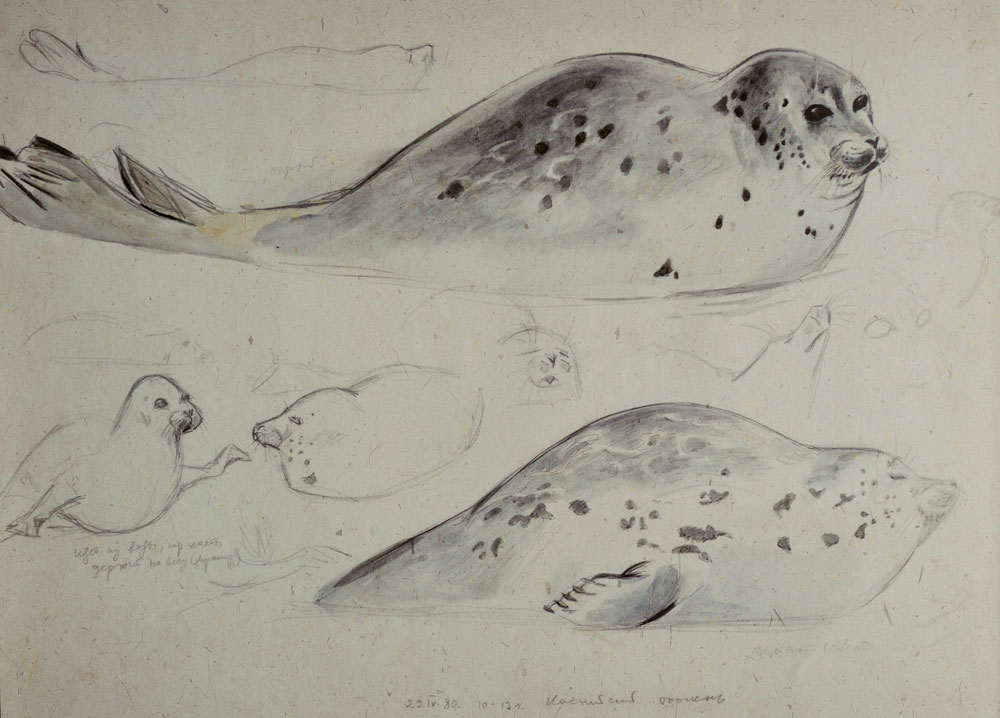 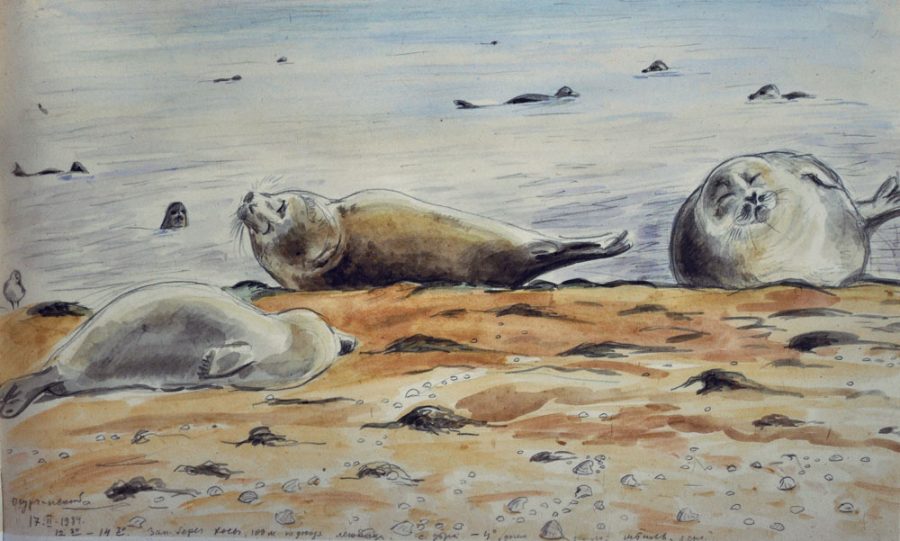 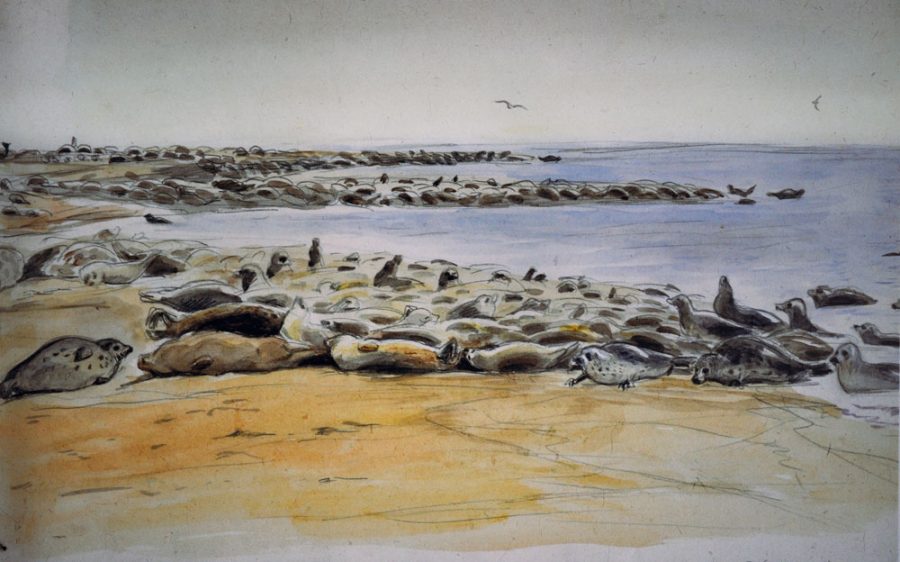