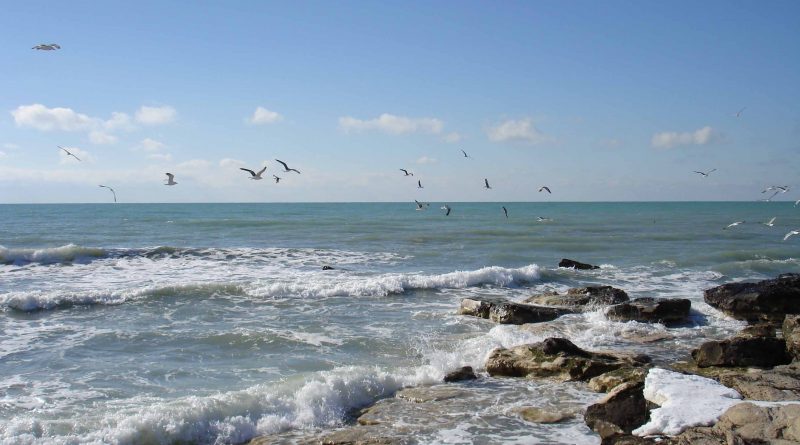 On the 23rd of March, poachers’ cache with 225 kg of sturgeon and 36 Caspian seal furs was found near the Village of Novo-Terechnoye in Kizlyarsky District of Dagestan, Russia. Its owners were not found as usual. Such news is not rare; a lot of information similar to it even does not get into media. As well as reports of dead seals, which are almost every month found on the coast.

We are accused of alarmism, they say, everything is all right, why is there is so many noise? Just think…some seals, there is nothing to be worried. Let somebody, who should do it, solve the problem. We always want someone to solve problems instead of us – specialists, our state, science, and “responsible business”… Perhaps, it should be like this. Under normal circumstances. But there have been no normal circumstances for a long time. And will not be until we restore them.

The Caspian Sea has long ceased to be something amazing. What is this, a sea or a lake after all? – a quiet serene expanse stretching between the sky and deserted beaches. The Caspian has long been a product, resource, and a business asset. The sea is being squeezed out like a lemon, pressing out oil, gas, caviar, sturgeon, seal furs and seal fat. If it were possible to sell Caspian water – it would have long ago sold, thank God, nobody needs it.

The sea is entangled in fishing nets, pierced by oil derricks, poisoned and polluted. The sea is dying. In fact, seals – these are weakening SOS signals, which waves regularly throw ashore. Not seals, this is the Caspian is looking at us with its sad and faithful eyes, and asking for help… Because, apart from us, it has no one else to ask for…