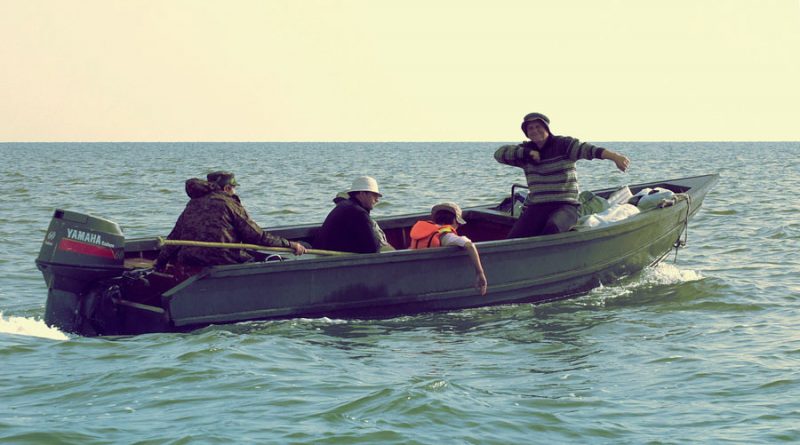 Seal’s Island (Tuleniy Island) – it is 30 km from Suyutkina Spit (Dagestan, Russia), a sandbank of 3.5 km in width and 6 km in length. Some time, the island together with the surrounding sandbanks was the favorite place of Caspian seals. In spring and early summer, there were a lot of them; the island looked like Sochi’s beach during the high season. Now it is deserted and quiet here; for many years, it has been a stopping place for poachers. 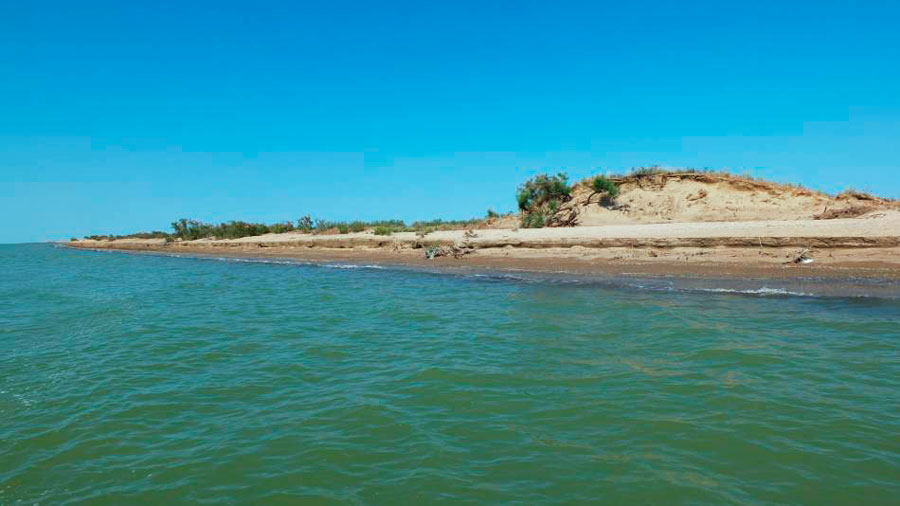 Last summer, in the framework of the United Nations Development Programme (UNDP), the Dagestanskiy State Nature Reserve together with the Ministry of Natural Resources and Environment of the Russian Federation conducted a comprehensive ecological study here, justifying the necessity of giving the status of specially protected area (SPA) to this island and adjacent waters. Migratory birds (waterfowl, near water, rare and protected species) restore their force here – above the island, western and trans-Caspian ways of their great seasonal migrations lie. Seal’s Island is the most important part of these ancient routes. And some birds winter here. About 40 species and subspecies of fish inhabit in the surrounding shallow waters. Establishing the protection regime will not only save thousands of living beings, but also deprive poachers this replaceable hard base and, therefore, will make fight with them more effective. 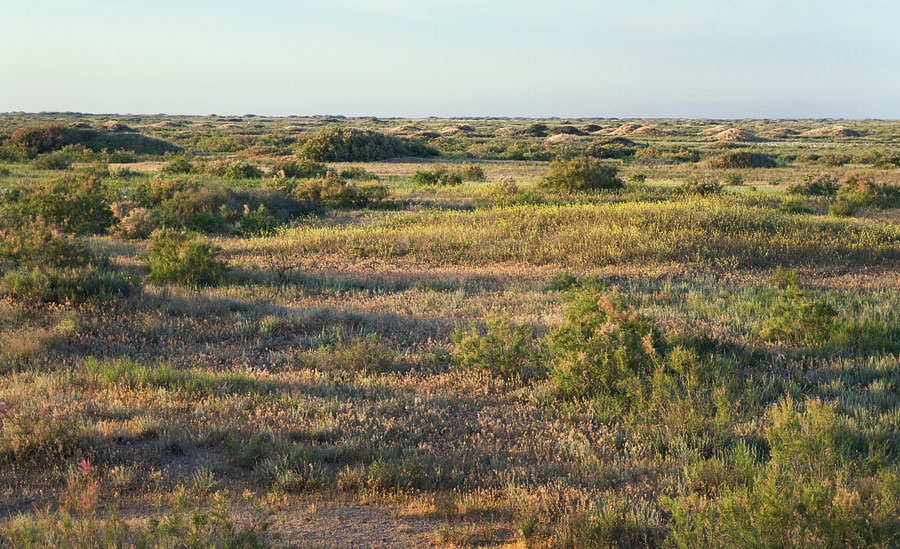 The first expedition in June was attended by the nature reserve director, researchers and employees from the Department of Ecological Education, state inspectors, as well as scientists of leading scientific organizations, such as Moscow State University of Geodesy and Cartography, the Caspian Institute of Biological Resources of Dagestan Scientific Center of the RAS, Institute of Geology of Dagestan Scientific Center of the RAS, Dagestan State University, Dagestan Branch of CaspNIRKh, the Dagestan Branch of the Russian Geographical Society. Also Valery Moseykin, a famous nature photographer, partook in the expedition. Extensive geological, topographical, zoological, hydro-biological and socio-economic surveys were conducted there. 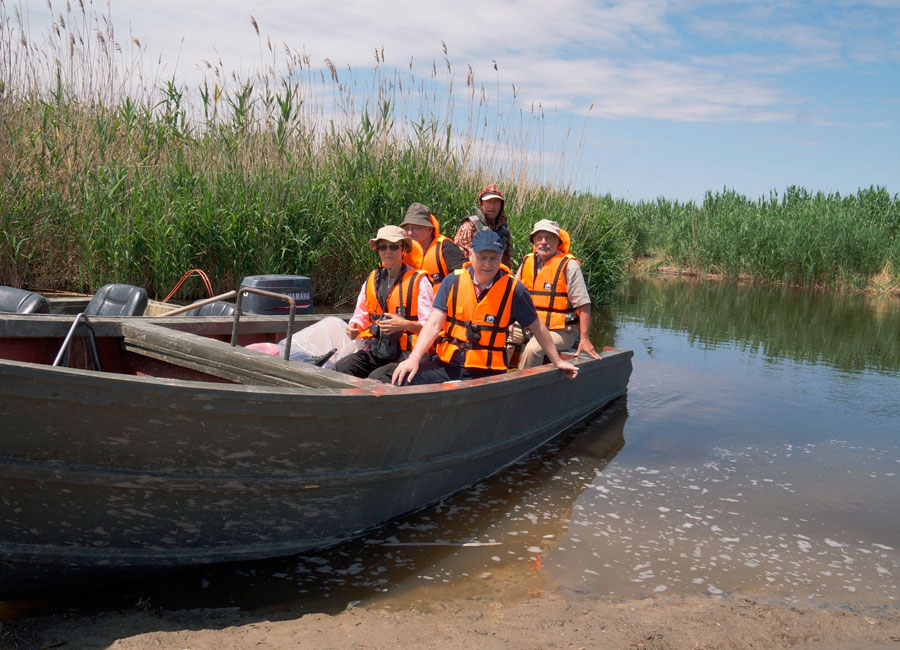 In July, during the second expedition, in addition to land-based work, aerial survey was carried out. Unique data on the state of the landscape and the sea was obtained, geomorphological survey was made. Also study of mammals, birds and terrestrial invertebrates of the island was carried out. The third final expedition in September was attended by K.M. Kuniyev, the Director of the nature reserve, state inspectors and researchers of the nature reserve, as well as by A.Şh. Aliyev, an expert of Federal Service for Supervision of Natural Resources of Dagestan, and M.S. Rodionov, a film director and cameraman. Besides carrying out ornithological and entomological researches, the participants studied socio-economic problems of the local people being engaged in fishing. Mikhail Rodionov collected material for a future film. The surrounding shallow water was cleared from old fishing nets. 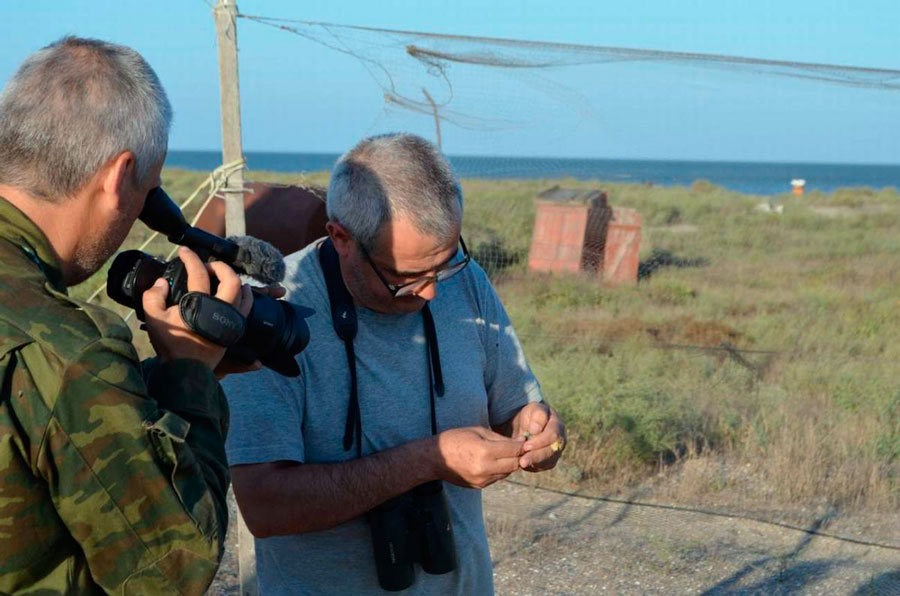 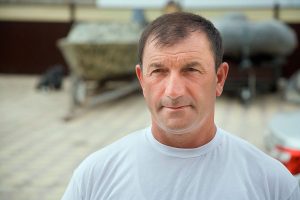 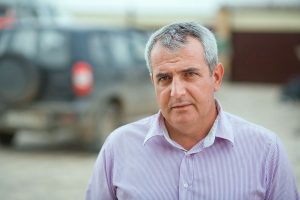 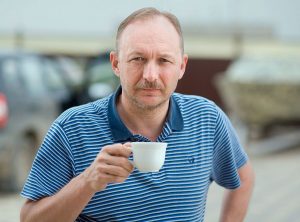 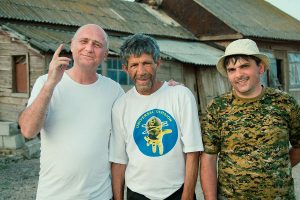