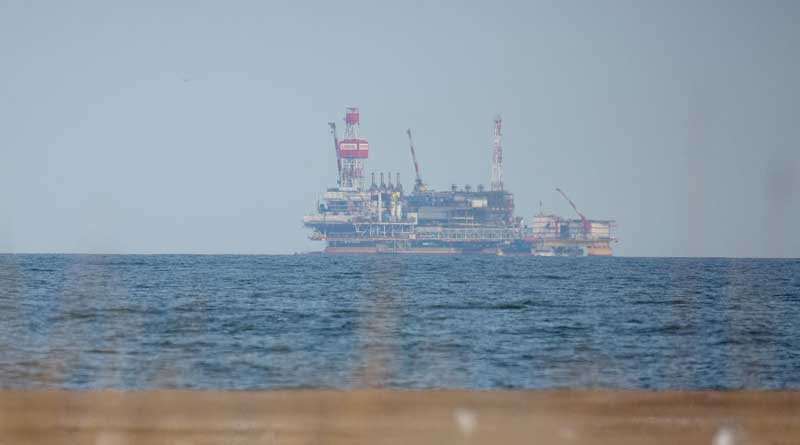 Over the past decade, almost the whole Caspian Sea shelf zone is an intensive site for exploration and development of numerous oil fields. Oil companies use sparing formulations of drilling fluids and the principle of “zero discharge” to minimize the flow of pollutants into the marine environment, but we should take into account the numerous cases of emergency situations associated with the short-term (salvo) release of crude oil into water both in oil production process and during oil transportation. From ecological and toxicological points of view, even low oil concentration threats to marine biota. Marine mammals are extremely vulnerable to contaminants, including crude oil and oil products. According to V.B. Pogrebov’s scale, cetaceans and pinnipeds have maximum coefficients of vulnerability – 4 and 5. When oil hits the body of an animal, the body’s ability to thermoregulate is impaired. Morphological changes caused by the action of petroleum hydrocarbons are also observed: the pathology of internal organs, changes in body size, appearance of ugly forms at the embryo stage, and etc. The impact of oil leads to changes in the spine structure, histopathology of internal organs, and etc. Monitoring of extracted petroleum hydrocarbons in the Northern Caspian waters showed that the average level (in 1987-2010) of their content was 4.4 MPC (MPC – 50.0 μg / l) with a variation from 1.9 to 6.5 MPC.

Taking into account that the Caspian seal tissues easily accumulate pollutants, in the autumn of 2011, we conducted comprehensive studies to assess the physiological status of the Caspian seal (Pusa caspica) in the current conditions of the Caspian Sea ecosystem. Parasitological, hematological and histological samples selected from 28 seals were analysed, data on the nature of the pathological and morphophysiological processes were obtained, which allowed authors to make a conclusion – the current Caspian Sea ecological conditions negatively affect the Caspian seal physiological status. The processes of accumulation of toxic substances in the organs and tissues of animals were previously classified as cumulative polytoxicosis, which proceeded in a chronic form. During the feeding period, seals, receiving a dose of anthropogenic toxicant, did not die right away; their death in the form of “natural” mortality will be noted in the following years. Changes in the hepatic tissue revealed by histological methods indicated the irreversibility of processes and a poor ecological state of the Caspian waters. In general, these researches confirmed both unsatisfactory physiological status of Caspian seals and unsatisfactory status of their habitat. In the coming years, it is necessary to take effective measures that would reduce the annual mortality rate of the Caspian seal. Recently, Russian oil companies have begun to implement conservation measures aimed only at preserving and reclamation of natural spawning grounds for valuable fish species. However, oil pollution has a greater impact on the only mammal in the Caspian Sea – the top of its trophic chain.

Researchers note that as compensation measures, it is required to create (through the funds of oil companies that produce hydrocarbons in the Caspian) a rehabilitation center for the Caspian seal, as well as the construction of artificial sandbanks in the Caspian Sea shallow waters. It is necessary that further comprehensive monitoring of the Caspian seal population should be conducted (read the paper attached below).