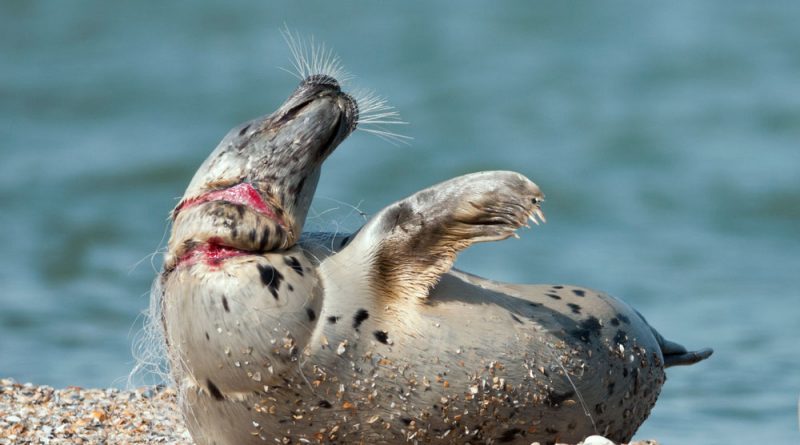 Collapse of a marine mammal species driven by human impacts

Understanding historical roles of species in ecosystems can be crucial for assessing long term human impacts on environments, providing context for management or restoration objectives, and making conservation evaluations of species status. In most cases limited historical abundance data impedes quantitative investigations, but harvested species may have long-term data accessible from hunting records. Here we make use of annual hunting records for Caspian seals (Pusa caspica) dating back to the mid-19th century, and current census data from aerial surveys, to reconstruct historical abundance using a hind-casting model. We estimate the minimum numbers of seals in 1867 to have been 1–1.6 million, but the population declined by at least 90% to around 100,000 individuals by 2005, primarily due to unsustainable hunting throughout the 20th century. This collapse is part of a broader picture of catastrophic ecological change in the Caspian over the 20th Century. Our results combined with fisheries data show that the current biomass of top predators in the Caspian is much reduced compared to historical conditions. The potential for the Caspian and other similar perturbed ecosystems to sustain natural resources of much greater biological and economic value than at present depends on the extent to which a number of anthropogenic impacts can be harnessed.

High removal levels of keystone species may push ecosystems into new equilibria from which they are unlikely to return to historical states [1]. In marine ecosystems such regime shifts often result from unsustainable harvesting of commercially important fish [1], [2], [3] or marine mammal species [4]. Determining the past role of such populations can have important implications for reconstructing the historical state of ecosystems in terms of the biomass concentrated at different trophic levels, help with understanding long term human impacts, and provide goals for restoration and management [1], [5]. Demographic history is also vital for conservation evaluations since the rate of decline is one of the main criteria used in placing taxa in International Union for the Conservation of Nature (IUCN) threat categories [6]. In contrast to most species, harvested species and populations may have time series of hunting or catch data. In this paper we reconstruct the historical abundance and demography of Caspian seals (Pusa caspica) based on exceptionally complete hunting records spanning 140 years from the 1860s to the late 20th century. We chart a catastrophic decline in Caspian seals, primarily driven by over-harvesting, and discuss the implications for the Caspian ecosystem and the current conservation status of the species. Our approach should be applicable for analyses of histories for other key species where some current census, harvesting and life history data are available, and therefore a tool for assessments of species against IUCN threat criteria and examining historical changes in ecosystem structures…