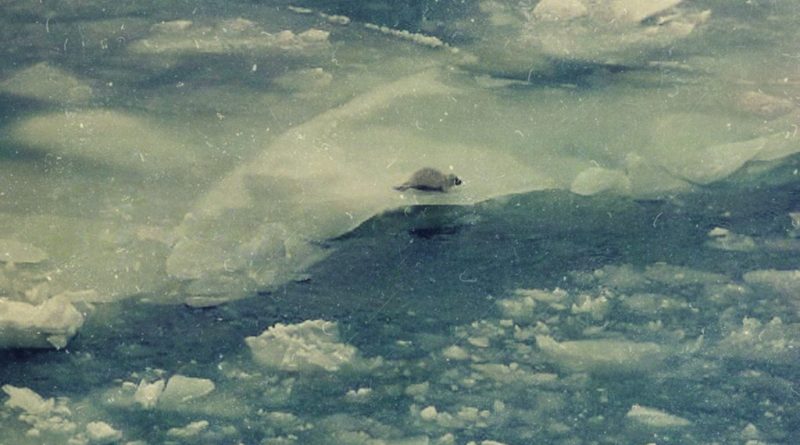 Response of mothers and pups of the Caspian seal, Phoca caspica, to the passage of icebreaker traffic

Industrial shipping in the north-east Caspian during the past decade has begun to traverse the winter icefield through areas used by Caspian seals for pupping. Since icebreaker traffic seems likely to increase in the future with expanding development of the oil industry in the north Caspian, it is essential to understand the way in which such traffic may impact on breeding seals in order to develop mitigation measures. Observers travelled on board ships during one trip in February 2006 and two trips in February 2008 with the objectives of studying the behaviour of mothers and pups at close range and recording their response to the disturbance caused by the ship’s passage. The behaviour was recorded using dictaphone, digital still camera and camcorder, and distances from the ship were estimated visually and using a laser rangefinder. Infra-red binoculars were used to enhance visibility at night in 2008.

In 2006, the shipping route passed through the densest pupping areas, and pups were found to be aligned along the edge of frequently-used shipping channels. On 25.02.06, during daylight hours, the behaviour of 270 mother-pup pairs and 117 lone pups (pups without mothers in attendance) was recorded, including 191 pairs and 61 lone pups within 50m of the side of the ship. In 2008 new routes were regularly created, there was no established shipping channel, and consequently pupping was not concentrated along the ships’ path. Both ships in 2008 were pushing a barge. On 14.02.08 and 19-22.02.08, during both daylight and night, a combined total of 34 pairs and 36 lone pups were recorded, including 21 pairs and 29 lone pups within 50m from the ship. Most of these pups still bore the lanugo coat (Härkönen et al. 2008).

Most mother-pup pairs less than 100 m from the side of the ship moved away from the ship’s path. Most mothers moved slowly while their pup followed, repeatedly turning round to check the pup, or waiting for it to catch up. However, 56 of 209 (27%) pups less than 50 m from the side of the ship fell more than 10 m behind their mothers. This was due to mothers moving too fast for their pups to keep up. In 2006 there were 30 cases (16% of 188 records) of pups being left more than 20 m behind the mother, and 2 such cases (10% of 21 records) in 2008. In 2006 it was not possible to determine the outcome of these separations, but in both cases recorded in 2008, the mother succeeded in reuniting with her pup after the ship passed. In 2006 there were four occasions when a pup became trapped in the ice porridge of the shipping channel just in front of the ship, and two of the pups escaped from the channel on the ‘wrong’ side, becoming separated from their mothers. There were two occasions at night in 2008 where a mother and pup were apparently caught in front of the ship’s barge, with potential risk to the pup’s survival. Since the barge bow extended about 90 m in front of the ship’s bridge, it is possible for the pilot not to see a pup directly in front of the barge, particularly at night.

Almost all lone pups (84 out of 90) within 50 m of the ship moved away from the ship, and 36 of these (43 %) followed other seals, almost always another lone pup or a mother-pup pair. Lone pups moving singly or with another pup usually only moved a short distance, but one pup following a mother-pup pair at night was seen to travel possibly about 300 m from its starting position. Such displacement might cause difficulty for the returning mother in finding her pup.

Pups were not seen to enter the water, although they sometimes followed or approached their mother to the edge of the water or ice hole. In 2008, mothers and pups sometimes congregated in small groups amongst ice-boulders and hummocks. These pups tended to remain close to these shelters as the ship passed by, whereas mother-pup pairs on relatively featureless ice sheets displayed noticeably more movement. Pups whose mothers were not in attendance tended to follow other pups or mother-pup pairs away from the ship, sometimes moving some distance from their original location. The pushing of barges on the 2008 trips entailed much movement back and forth to create a navigable channel. This resulted in protracted disturbance in two cases, with the mother-pup pair moving away for 7-22 min, and being displaced from the starting point by at least 300-400 m.

From these observations thus far, it is clear that icebreaker traffic can cause a range of disruptive effects to seal mothers and pups. There is a risk, particularly at night when pilot visibility ahead is poor, of pups being struck by the bow of a ship or barge. Other serious impacts on a small number of pups include separation from the mother and displacement from their nursery site. Mitigation measures could include (1) creating new routes to avoid seal pupping areas if these should become concentrated along shipping channels at the start of the season, (2) not travelling through seal areas at night, (3) not pushing a barge, and (4) carrying 2 seal observers on board to warn the pilots of seals ahead.

We thank Agip KCO for their support, encouragement and field assistance during this study. Particular thanks are due to Giovanni Rivas, Paul Bartlett, Imogen Crawford, Vladimir Terentyev and Aidyn Kydyrmanov. We are grateful to the Captain and crew of the ‘Captain Chudinov’, ‘Tulpar’ and ‘Antarcticaborg’ for their hospitality and support on board their ships.

The results of a large-scale operation to combat poachers were summed up. Kazakhstani  and Russian border guards joined forces to